Fix & Replace the streetlights in Ward 37!

Streetlights issues has been a problem for many years, but has gotten worse since the fibre installations and large sections have now been off for months.

We Petition the following:

2. That the future streetlight issues turn-around times be adhered to.

3. The rollout of the new LED lights to all areas and streets in Ward 37

4. Filling of vacancies in the streetlights and maintenance section of the Depot.

Disclaimer: All your personal information will not be sold, donated or handed over by any means to third parties except to be kept by the Councillor for databasis purposes and given to council for the Petitions Committee's perusal. Note: To NOT show your personal details in public click on the No box when asked to show your info to the public. Your signature will still be valid. The signee's ID number is required to prevent duplication of signatures. 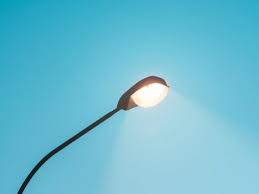 Cllr Tiaan Kotzé Ward 37    Contact the author of the petition