See bottom of page for a few examples of current books available, some for kids as young as 10 years old.

Please sign in support of requiring GHAPS to provide parental notification and consent prior to providing sexually explicit materials to minors, as defined by Michigan Law:
Michigan law 722.673, on DISSEMINATING, EXHIBITING, OR DISPLAYING SEXUALLY EXPLICIT MATTER TO MINORS, defines ”Sexually explicit verbal material" as “a book, pamphlet, magazine, printed matter reproduced in any manner, or sound recording that contains an explicit and detailed verbal description or narrative account of sexual excitement, erotic fondling, sexual intercourse, or sadomasochistic abuse.”
Due to exemptions outlined in MCL 722.676, school libraries are allowed to distribute sexually explicit content to minors, as are teachers and administrators if they disseminate “sexually explicit matter to a student as part of a school program permitted by law”.

Recently parents found books available in our 5th and 6th grade libraries (10 -12 year old children) that described a sexual relationship between a 14 year old boy and 17 year old sexually experienced boy who said he had sex with a college age man when he was only 15 years old. The novel was sold as a sweet romance story for kids. It has since been moved and is still available to kids ages 12-14 at Lakeshore middle school with no parental consent.

Another book detailing an adult male attempting to rape a 16-year-old girl was distributed by teacher to a 6th grade student who was very uncomfortable with the scene detailing the girls private parts and violence and obscene words used. We have many wonderful teachers who often do not realize the explicit content in these books they are distributing because our current age rating system the school relies on is failing us.
A third book is available to high school freshman of a man describing how as a SIX-YEAR-OLD CHILD, he loved giving oral sex to all the people in his neighborhood.
EXPLICIT CONTENT IS NOT EXCELLENCE

We DO NOT believe providing sexually explicit materials to minors is providing an education in a “safe and positive manner”, as GHAPS is charged with doing under Michigan School Code 380.10, nor is it living up to GHAPS’s own priority of Excellence in education. It is the “natural right” of parents to direct their child’s education, and Michigan Sex Ed School Code respects this right in requiring prior parental notification and consent for Sex Ed curriculum content. (380.1507) It is not unreasonable to request the same parental notification and consent for sexually explicit material GHAPS wishes to provide to children outside of Sex Ed.

Without parental knowledge and consent, young children are taking in graphic and disturbing content with no adult counsel to help them process the content. Parents desire to know what their child is being exposed to so they can have appropriate discussions with their child, if the parent decides they can check out the material. We recognize handling prior notification and parental consent may require some extra effort on the part of GHAPS, but believe if GHAPS desires to provide explicit content to children, prior parental consent is truly in the best interest of Grand Haven students and thus worth the effort.

PROPOSED PARENTAL CONSENT FORM
We are asking the school to send a form at the beginning of the school year with two options for parents to choose from:

o I CONSENT to all GHAPS sexually explicit material being made available to my child. I     do not wish to give consent on an item by item basis.

Books on shelves for kids as young as 10 years old:

Beyond Magenta, by Susan Kuklin
“I picked up her skirt, looked in her underwear…”where is your dick?” Details man describing how he loved to give oral sex to people in his neighborhood as a six year old child.

Girls Like Me, by Lola StVil
"An unshaven white boy wearing his iron maiden tshirt looks Cindy up and down, stares hard at her breasts, grabbed his crotch and smiled. Iron Maiden continued to stare at her rubbing his hand over his dick. Iron Maiden kept his gaze on Cindy and his hand on his crotch. Maybe later I should show Cindy my dragon”
Books also depicts scenes of kids doing drugs, scenes of kids self harming through cutting, and depictions of suicide.
A child who reads this book would need professional help to deal with the content in this book. How would a book like this rated for 6th graders by our top notch educated age rating resources manifest itself in the lives of our youth? What about our at risk youth?

The Detour, SA Bodeen- currently available to 5th and 6th graders
The book details a 16 year old girl who is kidnapped and put in a house when an older man comes in the room to sexually assault her. He is kissing her, his tongue is down her throat, he rips her shirt off, his hands are touching her exposed breasts. She plays along like shes enjoying it for a while. Then She bites his tongue hard, and slashes his face open with a piece of metal. He yells “You Bitch”

One Man Guy, by Michael Barakiva-was available to 5th /6th grade, moved to 7th/8th grade.
Book details 14 year old boys being pursued by sexually experienced 17 year old, sold as a sweet romantic love story , originally available to 5th/6th grade, moved to 7th /8th grades.
"During freshman year, we were sitting around all talking about which teacher we’d most like to bang, I said Mr. Speck. Id definitely bang Mr. Speck over Ms. Schmidt.
He was my first everything, Ethan paused for emphasis. wed been together for months and we were going at it real strong".- speaking of sex with his college boyfriend when he was only 15.
“He was hooking up with other guys, it wasn’t really cheating because we weren’t monogamous, that’s pretty normal in the gay world. He told me Im not going to let some teenager tie me down when im in the middle of my sexual prime" .
And then:
"Why are you sitting so far away boyfriend, I don’t bite. (older) Ethan kissed him firmly on the lips. Much of what Ethan had taught (14 year old) alek had been by description, but this was teaching by example and alek was an eager student. Alek learned when when to nibble and when to breathe. The increase in pressure was so subtle Alec didn’t notice it at first but soon, the motion evolved into something stronger. Alec interrupted one of their kisses with a deep guttural moan, ethan grabbed again and alek moaned even louder. You like that do ya boyfriend? Ethan smiled deviously at alek. “uh huh” alek responded. Even a few days ago he might have blushed, but now he didn’t. Ethan unbuttoned aleks shirt, when his hands got to the bottom of alecs shirt, they lingered at the top button of his jeans. Alek jerked away from Ethan. “Im kidding with you dude” , we’re not ready for that for another few days” shut up and kiss me, you’re getting good at it."
And then A few days later…

"Between my legs right? Righter than you could guess. He turned the volume up., dimmed the lights and whipped off his shirt, put his finger over Alecs lip, he kissed his fingers, Ethan put his other hand on alecs knee. kissing his face, neck, slowly making his way down his body. His hand climbed up aleks leg until his fingers rested on the top of alecs pants. He started fumbling with the button. Alek closed his eyes and leaned his head back."
"Every inch Ethan went down made Aleks heart thump. A few days ago Ethan joked about this, Alek still felt scared but now he felt like he might be ready. Ethan’s hands succeeded in freeing the pants button. Alec opened his eyes and found Ethan looking up at him." Then theyre interrupted by his parents coming home early, disappointed to learn he skipped school but fully embracing the molestation of their child. 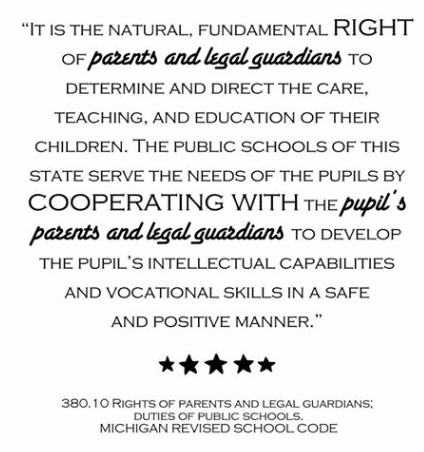 By signing, I authorize Jennifer Stuppy to hand over my signature to those who have power on this issue.