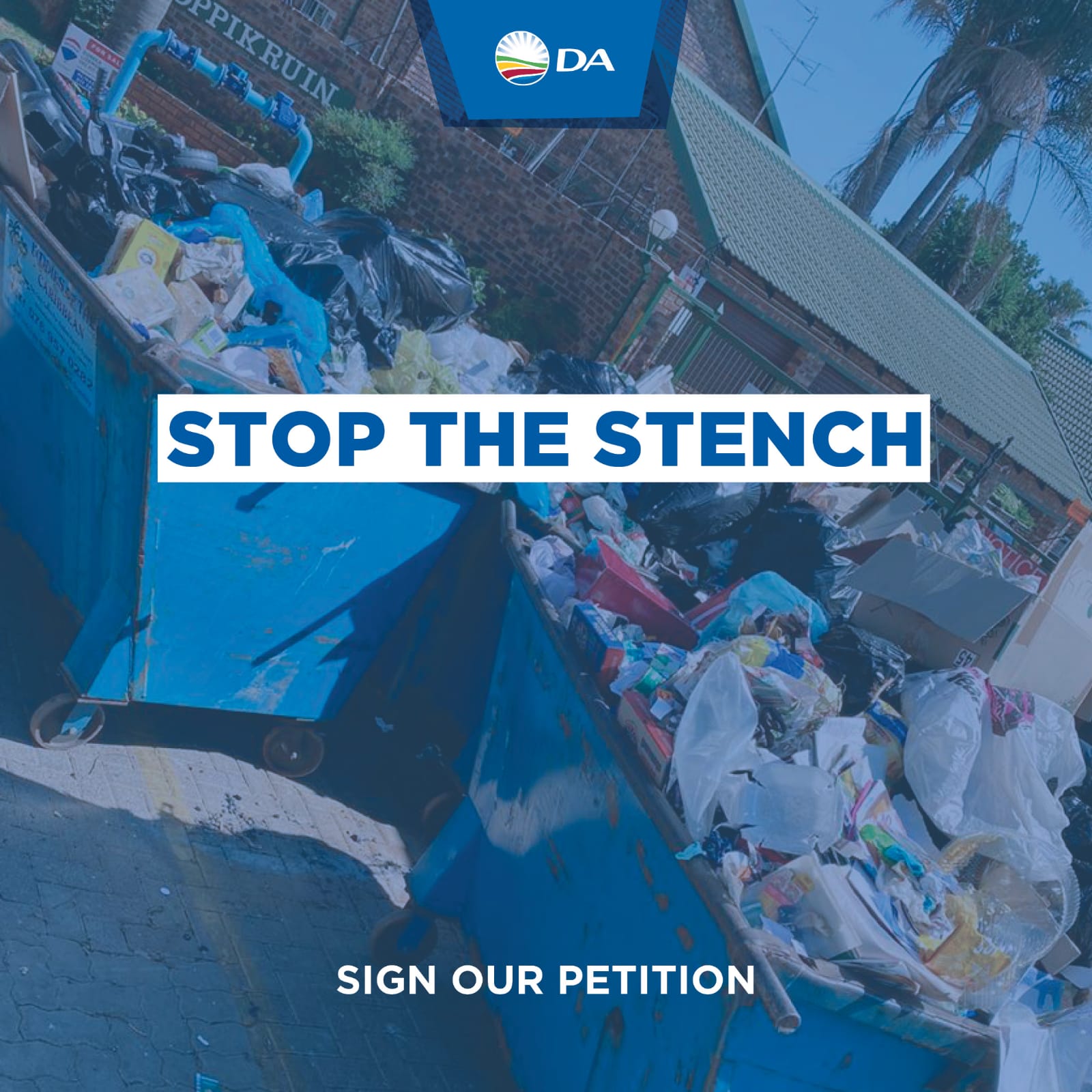 We the undersigned call upon the Portfolio Committee of Environment to urgently investigate the continuing refuse collection crisis plaguing Kempton Park. Despite assurances, by the City of Ekurhuleni (CoE), to the Portfolio Committee, these assurances have amounted to nought. The CoE continue to flout the National Domestic Waste Collection Standards by not collecting non-recyclable refuse at least once a week nor are they maintaining the roadworthiness of vehicles.

By signing, I authorize Precious Jacobs to hand over my signature to those who have power on this issue.