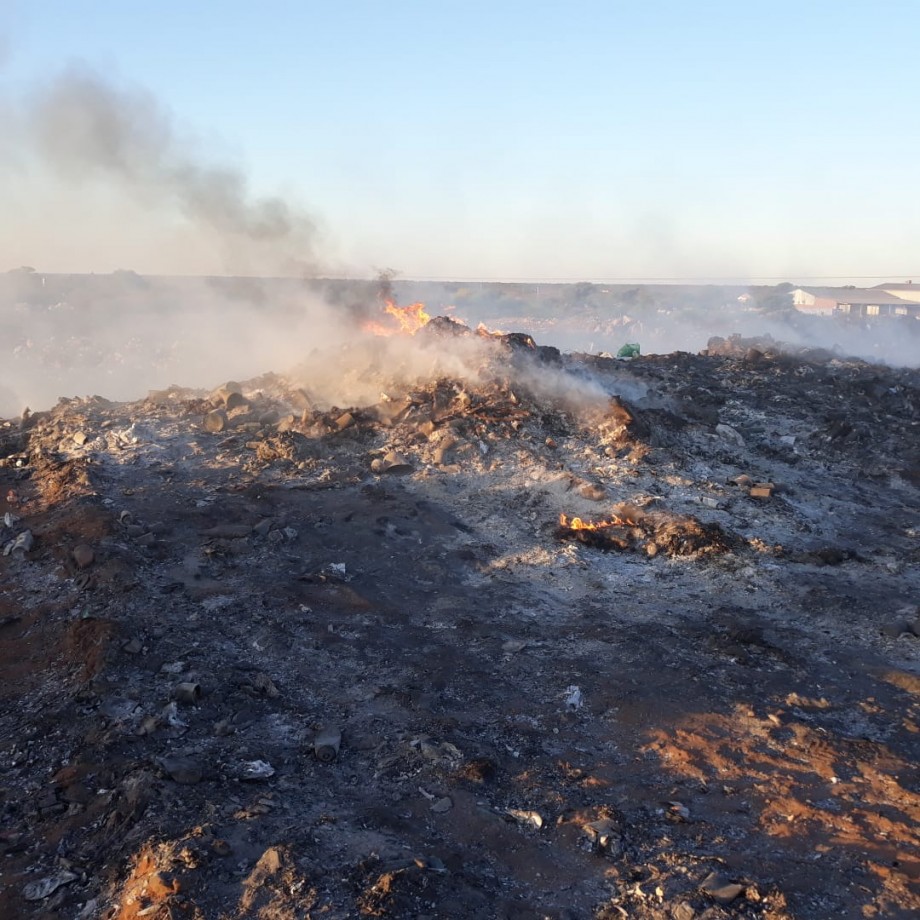 We are petitioning the Environmental Management Inspectorate (Green Scorpions) to execute its mandate and criminally prosecute in court the relevant officials from Gamagara Local Municipality for purposely contravening legislation at the Deben Landfill Site. The criminality and complicity of the municipal officials, by breaking the law and ignoring most legislation as it relates to a landfill site, is now common cause. It is our opinion that Gamagara’s longstanding, blatant disregard of the law is evident in their focussed perpetration of it. If they are not being prosecuted as a severe example in the contravention of environmental law, then it is doubtful if the Green Scorpion will ever prosecute any such criminality.

We, as community further demand from the Green Scorpions to interdict Gamagara Local Municipality to halt their criminal activities, but also to stop using Deben as a landfill site for the waste and garbage from Kathu and other areas. The site is inadequate for such volumes of waste and it is highly immoral and inappropriate to dumb the rubbish of many thousands of residents next to the homes of a community of less than 500.

The numerous calls and engagements with the Gamagara management has to date delivered not a single result. The community of Deben with the support from the larger Gamagara residents, commit to the following:

2.    As a long-term correction, Gamagara officials are given until 31st October 2019 to move the landfill site away from Deben and to a more suitable location where the effects on the communities and the environment is properly mitigated and the same criminal neglect can never happen again.

3.    The Green Scorpions are given until 15th June 2019 to interdict Gamagara from continuing their illegal actions at the Deben Landfill Site and to have them implement the above two demands. Failing the latter, the community will seek its own legal representation and launch legal action against both the Green Scorpions and Gamagara Local Municipality.

By signing, I authorize Deben Residents to hand over my signature to those who have power on this issue.