Vaccines to the Himalayas - Open Letter to the European Commission 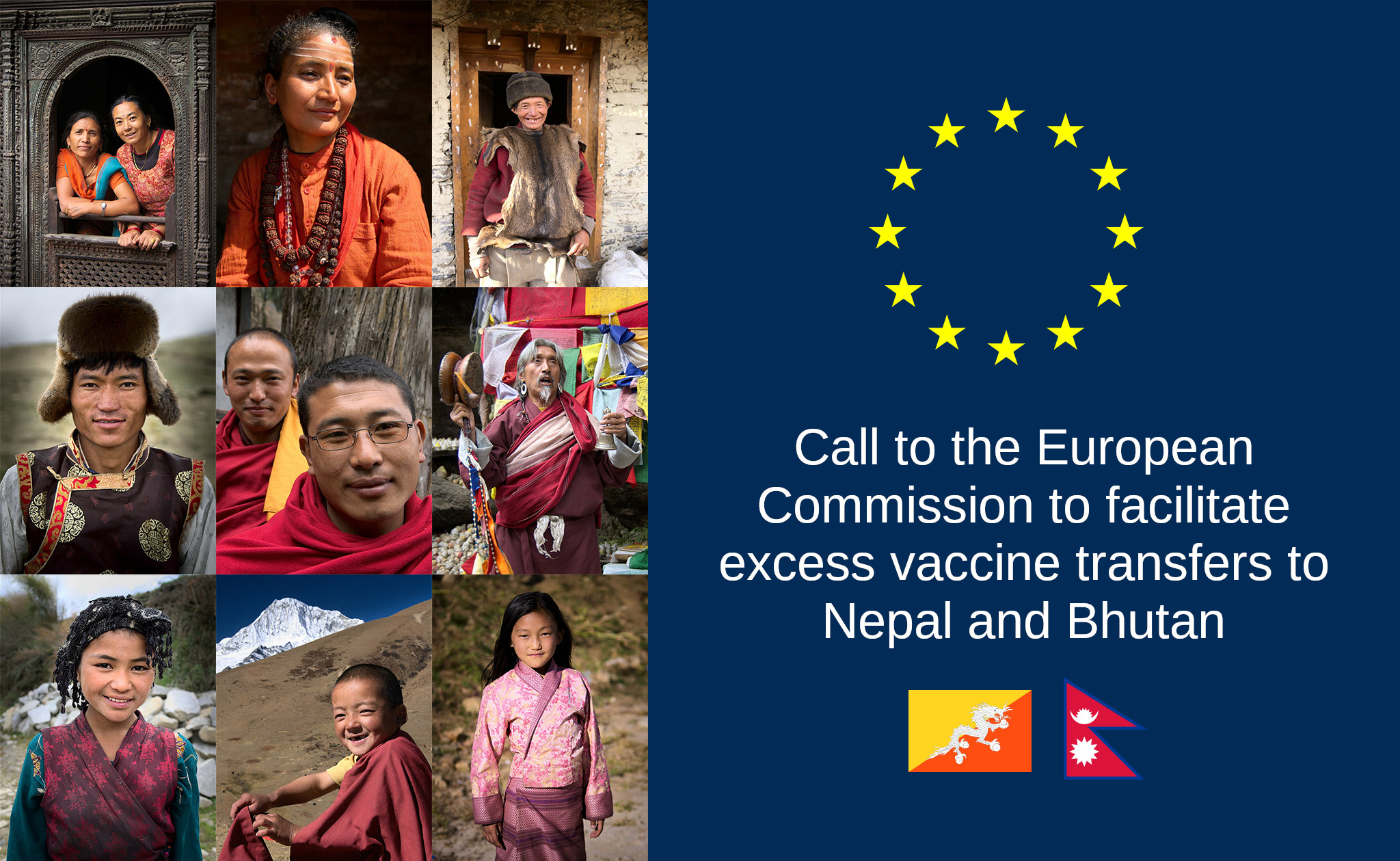 Open Letter to the European Commission to facilitate direct transfers of excess Covid-19 vaccines from EU member states to the countries with most urgent needs, namely Nepal and Bhutan

We would like to bring to your attention the pressing issue of excess vaccines which were purchased by the member states through the centralized EU vaccine acquisition mechanism. Many of these vaccines, such as Vaxzervia produced by AstraZeneca, are not being administered or their use in most EU member states is substantially restricted. As a result, millions of doses are now idly awaiting other allocation.

However, EU member states are not in liberty to donate the surplus vaccines directly due to the legal constraints of the contracts between vaccine manufacturers, member states and EU.

We, an informal group of people with close relationship to the Himalayas, namely Bhutan and Nepal, are nonetheless convinced that these countries, currently affected by regional outbreak of Delta variant, would be best helped by direct vaccine donations. Nepal and Bhutan urgently need almost two millions doses of AstraZeneca vaccine in order to administer second rounds to its citizens. Unfortunately, it has been reported by the media that WHO’s COVAX facility asked Nepal and Bhutan to request doses from other vaccine manufacturers. This may cause delays and complications for rapid response to fight against Covid-19 pandemic in these countries

The reasons for above are as follows:

On top of that, many EU member states will soon have vast caches of soon to expire vaccines for which there will be no recipients among the EU citizens. In such a case, European Commission should pave the way for the member states for the swift transfers of such expiring doses to the third countries which are ready to receive and administer such supplies in the short time.

We would like to request you to consider the above points thoroughly. We have full faith and hope in the European Commission's ability to make the right decisions that would be taking into account a global responsibility of the EU as well as the international relations priorities and wishes of EU citizens.