from Everything Thrusted Upon Us

To the EU, NATO, Bulgarian government, all European and world nations and most of all the Bulgarian people.

We, the Bulgarian people, are for sovereign nations states that work and trade together in a liberal, voluntary cooperation and collaboration with all cultures, in contrary to dishonourable membership of organisations bearing unclear or corrupt purpose and intentions. 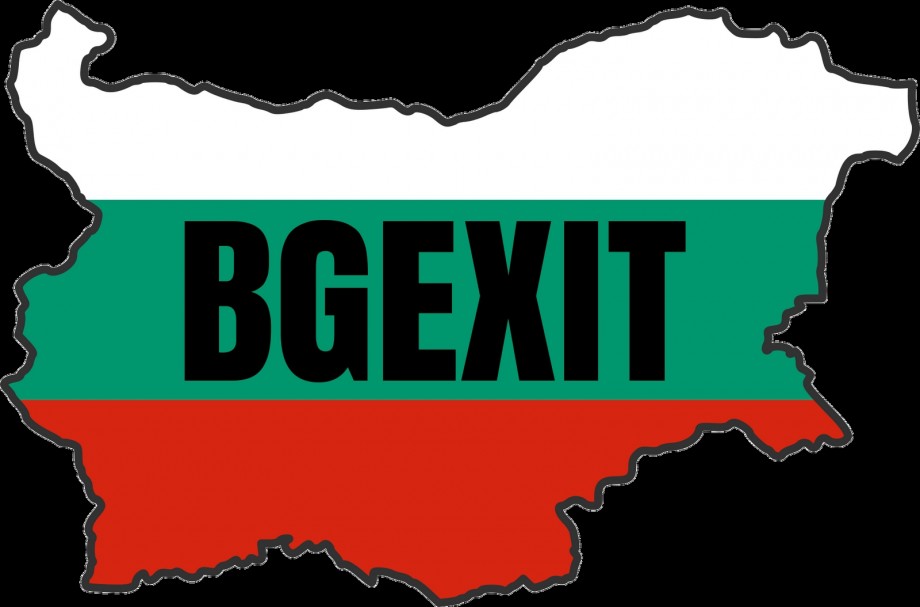 Bulgaria's membership in EU and NATO is illegitimate because of at least the following reasons:

1. The Bulgarian Constitution is Illegitimate.

The Bulgarian constitution published in issue 56 on 13 July 1991 in the State Gazette is illegal because the former President Jelu Jeleve has not ordered its promulgation with a President's Decree. Article 143, Paragraph 4 of the Constitution of Republic of Bulgaria stipulates that amendments to it shall enter into force on the day of its publishing in the State Gazette. Under the old text of this "Constitution" the promulgation of the acts of Parliament can happen by a Decree of the State Council, and according to its new texts - by a Presidential decree. No other legitimate procedure for promulgation of the acts of Parliament exist.

The emergence of the accepted by the Parliament Constitution in the Stage Gazette in issue 56 on 13 July 1991 is a "publication" ordered by the Chairman of the Grand National Assembly Nikolai Todorov and not a "promulgation" under a Presidential Decree.

(This legal analysis is by the Jurist and Member of the Seventh Grand National Assembly 1990-91, Prof. Yanko Yankov Nikolov-Velyovski. http://iankov.blogspot.bg/2009/11/1991.html)

2. The Bulgarian Constitution is illegitimate also because of what it is said is the Universal Declaration of Human Rights:

You can read the full text by following the link. (http://www.un.org/en/universal-declaration-human-rights/index.html )

3. The Bulgarian Constitution is illigitimate because it hasn't been signed by all MPs.

(* Profesor Yankov, quoted above, is one of the former MPs who hasn't signed it.)

4. The Bulgarian Constitution is illegitimate because it hasn't been canceled on the request of the Soverign of Bulgaria - the Bulgarian people.

5. The Judiciary and All Subsequent Laws, Regulations and Taxes Enforced upon the Bulgarian people, by the governments, from 1992 til now are Illegal.

The following is a legal analysis quote by Sonia Mladenova, MP in the 7th Grand National Assembly, entitled 'Is the Judicial Authority in Bulgaria Legitimate?' (Here is its full text. http://against-toplofikatsiya.blogspot.bg/p/blog-page.html)

"In contradiction to § 4 in relation to § 3, subparagraph 2 of the Transitional and Final Provisions of the Constitution of the Republic of Bulgaria, in force from 13 July 1991, laws were passed, by various National Assemblies after 13 July 1992, and published related to the structure and activity of the Judicial System as follows:

Administrative Procedure Code was published in the State Gazette, Issue 30, 2006;

Criminal Procedure Code was published in the State Gazette, Issue 86, 2005;

The Legal Aid Act was published in the State Gazette, Issue 79, 2005

Deliberately reflected upon the initial instatement and adoption of the mentioned laws with complete lack in citing the numerous subsequent "amendments".

The delay in their issuance is obvious: 15, 16, 17 years after the expiration of the limited period.

There is extinguished right occurred due to lapse of time, and anything carried out after expiry of the limitation period, (in this case after 13th July 1992), is done without justification. This fact can not remain unnoticed.

The adoption of these laws outside the limitation period was done not on a legal ground. These codes and laws are unconstitutional and invalid and cannot produce any righteous effect.

Therefore, they cannot require and be imposed under fear of penalty or be expected to be respected.

This conclusion follows and it is also imposed by the proclaimed in Article 5, paragraphs 1 and 2 of the Constitution of the Republic of Bulgaria the rite:

"Article 5. /1/ The Constitution is the supreme law and other laws can not contradict it.

/2/ The provisions of the Constitution have direct effect."

The outlined legal arguments also refer to the Constitutional annulment of the entire legislative work of all national assemblies after 13 July 1992 until today.

Since these regulations are repealed by the Constitution, it is to be noted that judges, prosecutors and investigators are not irreplaceable and the judicial reform proclaimed in the Constitution of the Republic of Bulgaria has not been undertaken.

From the foregoing follows the conclusion that Judicial System in Bulgaria is illegitimate."

Furthermore, "Article 60 /1/ The citizens are required to pay taxes and duties established by LAW PROPORTIONALLY TO THEIR INCOME AND PROPERTY." Such a law defining the amount of taxes and fees according to income and property of the individual, is not accepted after 13.07.1991."

6. The Ruling Party, GERB, is Illegal.

However, this is exactly what GERB is doing on a monthly basis – receiving money from the Bavarian Foundation Hanns Seidel Foundation for the past 10 years. This is said in a speech given by its leader Boiko Borisov at his party's meeting on 26th March 2016. The following is a quote from it.

"Long, long before we were formed as a party they had decided that Bulgaria needs a real, centrist, right, people's party. And that is why they are spending their money certainly for 10 years now, every month, for you!" (VIDEO. https://www.facebook.com/EurasianUnionEAU/videos/1076330139074753/?pnref=story)

Exposing the power of corporate lobbying in the EU

Europe Inc. Chapter 6 – “Polishing the EMU: The Association for the Monetary Union of Europe” http://corporateeurope.org/sites/default/files/europe_inc_ch_6.pdf

Europe Inc. Chapter 7 – “Doing Business in Amsterdam: The ERT, UNICE and the Treaty of Amsterdam” (http://aardeboerconsument.nl/wp/wp-content/uploads/2008/12/europe-inc.pdf)

8. СЕТА, as a trade agreement, but actually is all about changing laws to subordinate the Bulgarian people and all other European nations to a foreign will... Whose exactly?

"On page. 1328-1331 is written that Bulgaria has to change the followng legislations:
Constitution of the Republic of Bulgaria, art. 22
Law on Ownership and Use of Agricultural Land, art. 3 Law on Forests, art. 10
Law on State Property
Concessions Act
Energy Act
Safe Use of Nuclear Energy Act
Independent Financial Audit Act
Veterinary Practices Act (this has already been voted)
Law on Medicinal Products in Human Medicine Law of Veterinary Activity
Law for Prohibition of Chemical Weapons and for Control over Toxic Chemical Substances and Their Precursors
Law for Tobacco and Tobacco Products
Public Education Act, art. 12
Law for the Higher Education, paragraph 4 of the additional provisions
Vocational Education and Training Act, art. 22
(the responsible for this is "МОН", it may well have already been voted)
Law for Medical Establishments
Professional Organisation of Medical Nurses, Midwives and Associated Medical Specialists Guild Act

In other words, I was right that there will a change in the Constitution. In this situation, the approval of CETA by the MC is legally voided. Period!

Besides it is clear that our National Assembly is redundant! All amendments to the acts are set in this agreement sets. The MPs are no good for anything!

We, the Bulgarian people - the legal Sovereign of Bulgaria - do not rely on the illegal governments to initiate the annulment of Bulgaria's unlawful membership in the EU and NATO. For this we insist on you accepting our request for the annulment of the unlawful thrusted upon us membership and the obligations imposed. Their representatives to leave our country and their offices, closed. They are not wanted nor needed in Bulgaria.

And since your bureaucratic procedures usually last years with no guarantee of the desired result herewith, we announce our imposed ties and obligations to the EU, NATO and the illegal Bulgarian governments null and void. From now on, our future is free of you. This is BGEXIT with instant and immediate effect.

THE BULGARIAN PEOPLE VOTE FOR THIS