A Petition for the Peaceful Secession of South Carolina

A DECLARATION OF CAUSES FOR A DRASTIC PEACEFUL ACTION IN THE DEFENSE OF LIBERTY;

· Over the last 100 years or so, the Federal government has become insurmountably corrupt and omnipotent, with no regard for the State Sovereignty of South Carolina or its citizens which is safeguarded in the 9th and 10th Amendments to the Constitution of the United States;

· As the United States is made up of several distinctly different cultures and socio-political beliefs, an over-powered Federal government with no regard for Constitutional restrictions of said Federal government, insists upon imposing the will of who ever is in power in Washington DC upon all the States, including South Carolina, whom Washington DC sees as nothing more than subjects to Big Government;

· As South Carolina’s seven Federal Representatives and two Federal Senators are helpless to defend South Carolina’s rights from the mob rule that now controls the Federal government in Washington DC;

· Where the Constitution was once the Law of the Land, and served as the restraint and restriction of the Federal government to avoid this abuse of power, but is now twisted to aid a Big Government agenda, or is simply ignored altogether;

· The Federal Houses of Congress are gridlocked and dysfunctional, in most cases those making up these Houses are themselves corrupt and tainted, serving themselves to power and wealth at the expense of their sacred honor and oath of office;

· Partisanship and corruption have taken control of both major political parties on the national stage, and we can expect no relief from either one;

· As Congress has bled South Carolinians dry with taxes ever growing in number and proportion, and then uses that revenue to buy favors and foreign influence rather than for the greater good of South Carolinians;

· Election integrity concerns brought about by the 2020 Presidential Election alarmed many millions of American voters, but as yet the alleged evidence has never been evaluated or disproven, it has simply been ignored and arbitrarily declared invalid, with the Federal Supreme Court refusing to hear it at all;

· As the hard earned tax revenue of South Carolinians is sent overseas as handouts to foreign nations while our own veterans and citizens are neglected and held with disdain by their Federal government;

· As the Socialist wants and wishes of other regions of the country have decided this path for us all, including South Carolina, and has and will impose it upon us through a weaponized and tyrannical Federal government in the form of unconstitutional legislation, acts, and rulings;

· Furthermore, as the Federal government has been steadily stripping away the rights of South Carolinians to decide matters for themselves in our own State, and is ever-increasing these efforts through evermore emboldened unconstitutional policies; 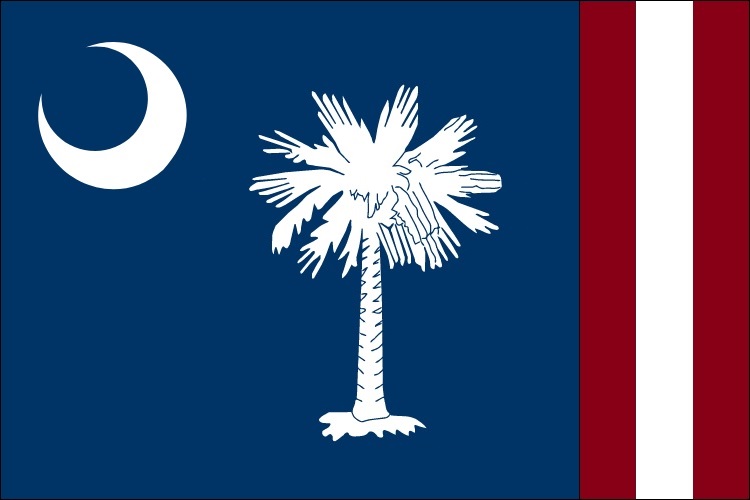 By signing, I authorize Free & Independent Republic of South Carolina to hand over the information I provide on this form to those who have power on this issue.