Ministry of Justice republic of Korea  & UNHCR in South Korea

I am writing to express my strongest concern over the fate of Armin Rad (Hosein Javaherynia) borne in Iran, who is currently in Hwaseong  Immigration  detention  centre in South Korea and is going to be deported to Iran in any moment. 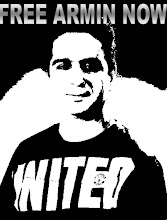 Armin Rad (Hosein Javaherynia)   is a well-known political opponent of the Islamic Regime of Iran and has been a political and human rights activist for more than two decades in Iran and in South Korea. Armin’s safety and life would be in danger if he would be returned to Iran.

South Korean immigration authorities’ effort to forcibly return an Iranian political activist constitutes a violation of the international principle of non-refoulement, which prohibits forcibly returning a person to a country where their life or freedom would be threatened.

Armin Rad (Hosein Javaherynia) has suffered from his legs He had oprated twice in a hospital in South Korea and he need to third and final opration. He needs to be free for treatment on his legs.

I urge the JSouth Korean Immigration Authorities to immediately release him and cancel his deportation order. Mr Javaherynia has a well-founded fear of harassment by the Islamic regime. He warrants recognition as a refugee and merits protections under UN agreements on the Status of Refugees, to which South Korea is a signatory.

I am awaiting your immediate intervention in this life-threatening situation. Needless to say, UNHCR and the South Korean government will be held accountable for Hosein Javaherynia’s life and freedom.