Call for FOOD FOR ALL at UJ 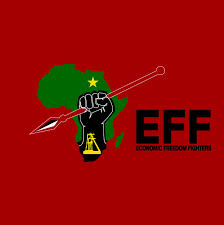 The EFF Student Command at the University of Johannesburg (APK Campus) recognises that first and second year students receiving NSFAS do not receive food allowances. Instead, they receive food from the Gift of the Givers (GoG), an on-campus NGO, a process which denies them their dignity because they stand in long lines, basically begging for unhealthy food. This is often very inconvenient because students attend class during the times (morning and afternoon ONLY) that food is being dispensed at GoG. These students go hungry often and their learning is affected, denying them their constitutionally guaranteed rights to education and to food.

In light of the recent allegation of R25 million being stolen by two UJ executives, the EFFSC UJ APK requests your signature in solidarity with our demand for the university to restructure food allowances for first year and second year NSFAS students. Sign the petition to put pressure on UJ management to change the food dispensation system!

Your signature will be used for the petition only and does not necessarily reflect your
association with the EFF or EFFSC. It simply means that you care about your fellow students who are standing in long lines for food because they are hungry. UJ Management must rethink this policy if they want their students to have access to food in order to learn.

By signing, I authorize Terri Maggott, EFFSC UJ APK Branch Secretary; Gudani Masbegiri, EFFSC UJ APK Spokesperson to hand over my signature to those who have power on this issue.