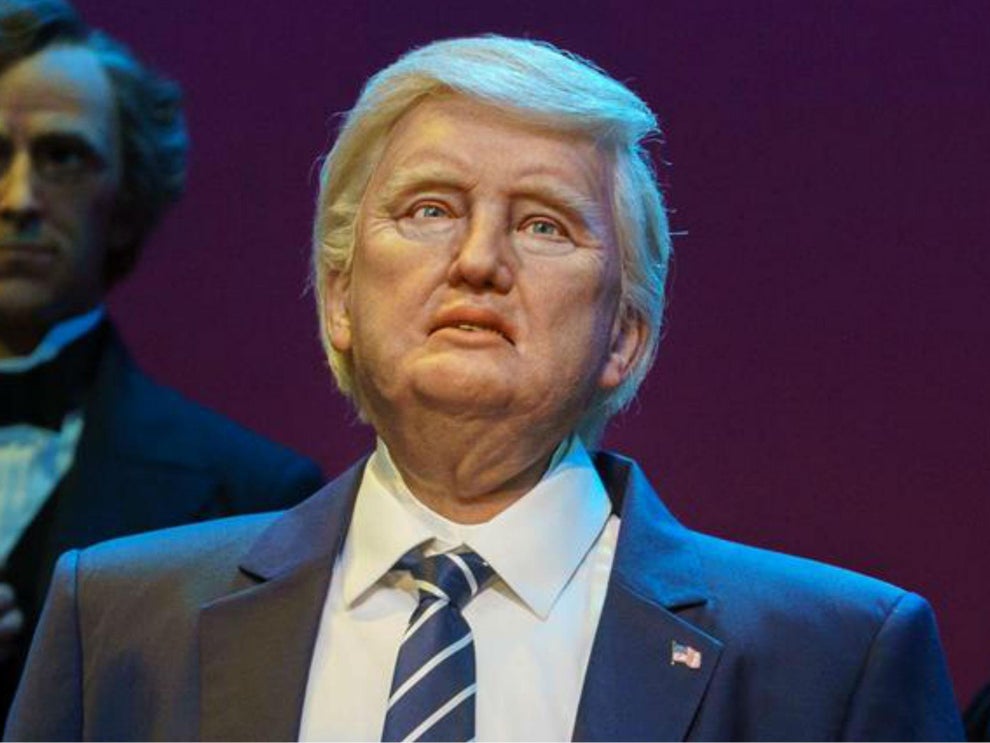 We the people of the United States, who in 2016 as a huuuge majority, did not want Dondald Trump to be president, and in 2020 officially voted him out of office, hereby demand that the Walt Disney corporation relocate the Donald Trump animatronic figure in the Hall of Presidents attraction. Our preference would be to remove the Trump figure completely and place it in the It's A Small World attraction so that robo-Trump would be surrounded by child immigrants singing to him for all eternity. But because Mr. Trump was the 45th president and therefore will probably need to remain in the Hall of Presidents for history's sake, we demand that Disney move the Trump figure to the far right rear corner of the stage, preferably with bad lighting. If possible we also ask that the Obama animatronic figure be placed in front of the Trump figure, so that Trump remains in Obama's shadow until time ends.

By signing, I authorize Patrick Henry to hand over my signature to those who have power on this issue.