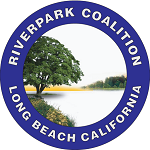 We, residents of the City of Long Beach, demand that our elected officials represent and protect us by requiring a full Environmental Impact Report (EIR) at 3701 Pacific Place Project (the former Golf Learning Center southwest of Crown Point, across from Los Cerritos Park and Elementary School).

We object to the City prematurely allowing the developer to grade the site and move 50,000 tons of soil, given that this was formerly a toxic waste dumpsite. The soil has been shown to contain lead and arsenic and other toxic substances. We object that the developer has been allowed to add additional weight over existing fragile underground infrastructure including degraded drainage pipes, abandoned oil wells, toxic sumps, as well as the active Inglewood-Newport Faultline. We object to the removal of protected plants at the site.

Such actions are especially dangerous because no thorough study of the potential harms to the community has yet been carried out. No construction permit has been issued, yet our neighborhood in Los Cerritos has already endured months of dust arising from the construction at the site without knowing whether the traveling dust is contaminated.

We find these facts particularly alarming:

a) The Development has not been fully entitled, yet the developer has already been allowed to grade the site flat and remove all vegetation.

b) The developer has been allowed to build a 15’ mound of dirt for the purposes of compacting the soil called surcharging (they call it a test) that is commonly done after the permit for construction, which has not yet been issued.

c) The Department of Toxic Substances Control (DTSC) has not completed its study of the site, and held its only public meeting after the grading. Yet grading had by then already spread contaminated dust into our neighborhood.

d) No analysis of the new traffic patterns caused by the proposed development has been conducted, nor how traffic will impact our already poor air quality.

e) Potential contamination due to undersized storm drainage system has not been adequately studied or addressed, bringing overland toxic contaminants and increased flooding to homes south of the 405 fwy with imminent risk to the immediate area.

f) The 50,000-ton surcharge pressing down on the abandoned oil wells and active pipelines might be releasing toxic substances that we won't know for years to come.

g) No study or analysis of likely significant tribal artifacts and/or cultural resources that are present and could be harmed or lost during development has occurred.

We will not know the significant and potentially harmful issues that we will have to live with for decades after the developer makes his profits and leaves unless a full EIR is completed. That the City would allow construction on a site with extremely toxic waste without first completing a full EIR is the height of irresponsibility.

We demand a full EIR.

Add your name to the petition.

A printable PDF of this petition and more information can be found at www.riverparkcoalition.org/petition-for-site-safety-first/

PLEASE if you can, share your cellphone number with us so we can send you (VERY infrequent) texts for urgent updates on our action.

We will not share your data with anyone without your permission!

By signing, I authorize Riverpark Coalition to hand over the information I provide on this form to those who have power on this issue.