We need your help!

We are contacting you in defense of the law on animal welfare, specifically article 7, paragraph 1, point 37, which forbids the containment, reproduction, import, export and deprivation of life specifically for the purpose of producing fur and leather and article 89, which states that this ban will be implemented as of January 1st, 2019.

Fur farmers, in cooperation with certain politicians, are trying to change the law by prolonging this ban, or by completely removing it, for selfish interests or profit, refusing to look at the scientific facts and the appeals by European institutions. Fur producers had nine years to, with the help of the government, transition to other branches of the economy, which was the purpose of this transitional period. It is important to mention that many countries had a shorter transitional period, which did not stop them from implementing their laws without additional prolongation.

The environmental aspect of fur farming that follows the production of fur creates a ruinous effect on the environment. The World Bank considers the processing of fur one of the five worst industries in the world because of toxic metal pollution. Above all, the biological waste of animals contains a high concentration of nitrogen and phosphorus. The gases in the animal waste, as well as the burning of animal bodies, affect the degree of air pollution. The European Commission established that air pollution is the leading environmental concern of fur processing. Fur processing uses up to 300 different chemicals. Waste materials pollute the land and the water and some of the materials have an exceptionally bad effect on people’s health and they are recognized as carcinogenic materials and allergens.

From an ethical aspect, fur farming is unacceptable. Making one coat kills around 150 - 200 chinchillas, which is completely unjustified given that there exist plenty of alternatives for fur. In the conditions in which the animals used for fur production are detained, they do not have the means to behave in accordance with their natural urges and instincts that are specific to their species. They spend their lives in tight cages in which they are given no space to move so that they would not damage their fur. They develop physical deformities in their joints and in their bones and they are constantly exposed to extreme fear while having a very developed urge to escape that they have no means of realizing.

Chinchillas are classed in a category of the most threatened animal species according to the IUCN Red List of Threatened Species, and they are under special protection, determined by international regulations, whose provisions the Republic of Serbia is bound by. Both species of chinchilla (the long-tailed and the short-tailed) were driven to the brink of extinction in their natural habitat (South America: the narrow belt of Argentina and Chile, they are considered extinct in Peru and Bolivia). This is a consequence of either illegal hunting for fur sales or trapping to sell to breeders.

From an economic aspect  this industry is not profitable, even though Mr. Marijan Risticevic in his appeal to the sessions of the committee often refers to the economic gain of an individual the same as that of the state. The pollution, which is a consequence of fur farming and fur production creates an effect of the depletion of resources that decreases the potential for further production. In that way, through environmental damage an indirect economic loss is created for the state. Furthermore, we wish to mention that based on the official data of the accounts on the website of the Agency of Economic Registry we can see that up to 10 times greater profit is created by fake fur producers than by real fur producers.

We should not allow Serbia to regress when it comes to defined standards in this field, only for the purpose of the interests and profit of a small group of people. From the aforementioned information we can clearly see that there are no strong arguments that would be enough of a reason to prolong or remove the controversial article of this law.

The goal of the law on animal welfare is not to adapt to individuals that profit off of breeding and killing animals, and instead it prescribes the protection of animals in accordance with the achieved regulations on animal protection in other countries and the ethical awareness of the people. Other European countries serve as examples to show that the transitional period was respected as a reasonable deadline for farmers, and in many countries the ban is now in effect.

Ten years was more than enough, and any kind of encouragement of those that chose not to respect the law would send the message that new opportunities for changing the provisions of the law are acceptable because of private interest. This scenario would be impermissible according to Serbian legislation, the citizens, as well as the animals that the law serves to protect.

Ignoring all of the scientific facts and appeals, Mr. Risticevic wants to change the law that was adopted almost 10 years ago, directly mocking the lawmakers and professional bodies that participated in bringing the law about. Keeping in mind the non-acceptance of the stances of the professional bodies, we cannot help but question the motives that Mr. Risticevic has in terms of wanting to remove the articles of the law, which he is not fit to do. 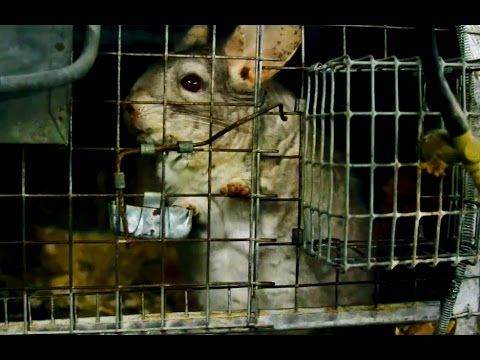 Freedom for Animals    Contact the author of the petition

By signing, I authorize Freedom for Animals to hand over the information I provide on this form to those who have power on this issue.