“Have the courage to be sensible", one does not bury history

Pursuant to Article 56 of the Constitution of the Republic of Serbia, the undersigned citizens require immediate halt of the decision on the burying of a basilica at Kladenčište site.

The absence of a strategy which would include the promotion of our cultural heritage and mutual cooperation of cultural institutions takes its toll. Improving inter-agency cooperation between culture and tourism, the awareness of citizens and the need for education on the topic of the cultural heritage and participation in its preservation is a necessity, and the driving force of the signatories of the petition.

In 2013, at Kladenčište site (the area of village Špaj), near Bela Palanka, in the area of approximately 1200m2, the Republic Institute for Protection of Monuments of Culture started researching the nave building with an apse on the east side and the room on the north side, which was used as a baptistery.

Some bronze coins were found inside and around the building, indicating the existence of an older building that was probably built in the second half of the 4th century, and was built up and rebuilt in the 6th century (the time of Emperor Justinian, 527, 565). In addition to the finding of bronze coins, some bronze fibulae were discovered during examination of other movable archaeological material, some iron objects - a knife, a part of the lock and an object of unknown purpose, which is supposed to be part of a leather satchel.

Sporadic finds of prehistoric pottery were registered during the excavation of trenches in order to define the core zone of the church walls, suggesting that this is a multi-layered site.

The valorization of the object was performed by a committee consisting of our eminent experts in the field: Mihailo Milinkovic PhD,Cedomir Vasic PhD and Aleksandar Aleksic MA. 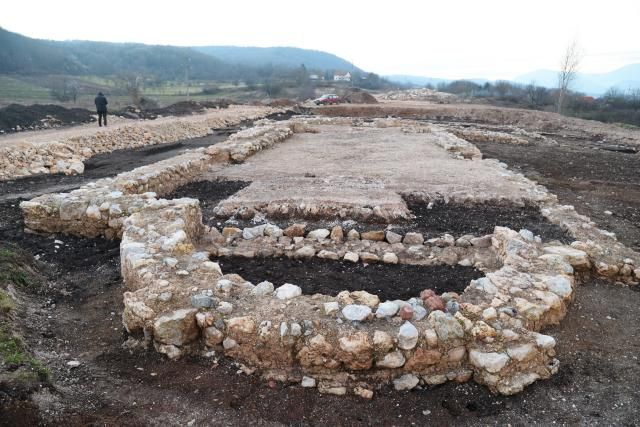