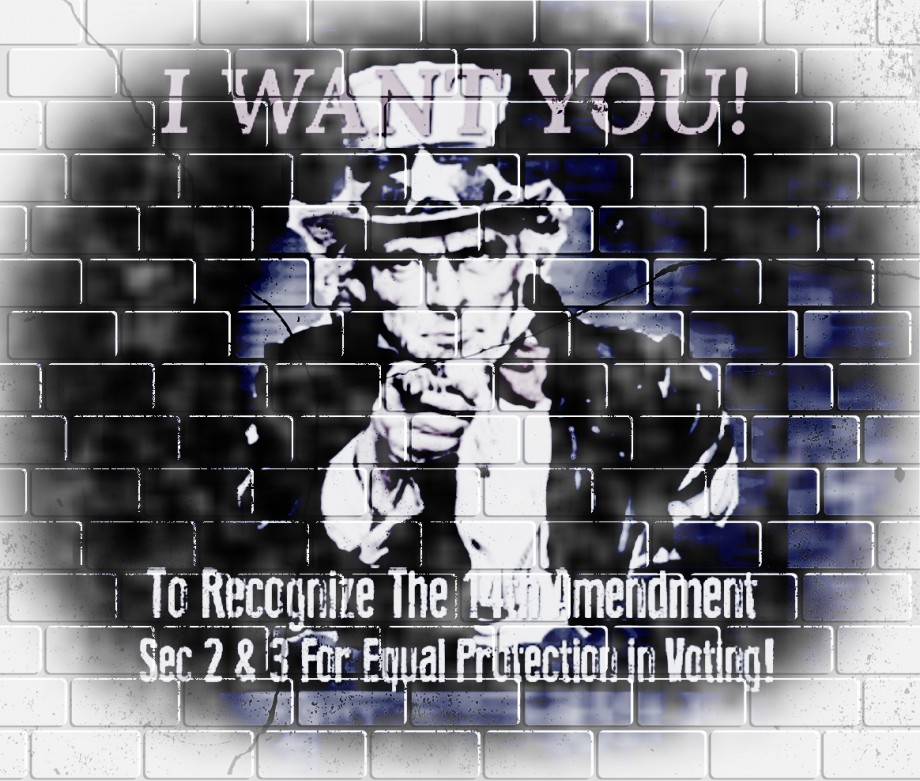 It is time to Recognize the 14th amendment sec 2 and 3 we need people to notice the hard facts of Hillary Clinton engaged actions into rebellion and criminal activity as so our congress. In fact this is our opportunity to recognize the people they have supported on a doubled stander issue of racism against white people as the black lives matter party has done. Although we have Hillary's Administration campaign inciting violence also at trump rallies it is time to put your name to use as we say no more ignoring the racism and bullying that Hillary Clinton administration campaign has been engaged in and apart of as they association with these people have been in the open to watch corrupt politics move in our nation against our honest citizens that have been attacked by thugs that hide behind political correction that are political currupt. Join me today in impeachment of Hillary Clinton administration campaign in this year election or even if she makes it as president we must show we understand the truth and facts need more information look up on Facebook @CommunityofTGRnews and it will provide you with more information about this subject.

By signing, I authorize TGR.news to hand over my signature to those who have power on this issue.