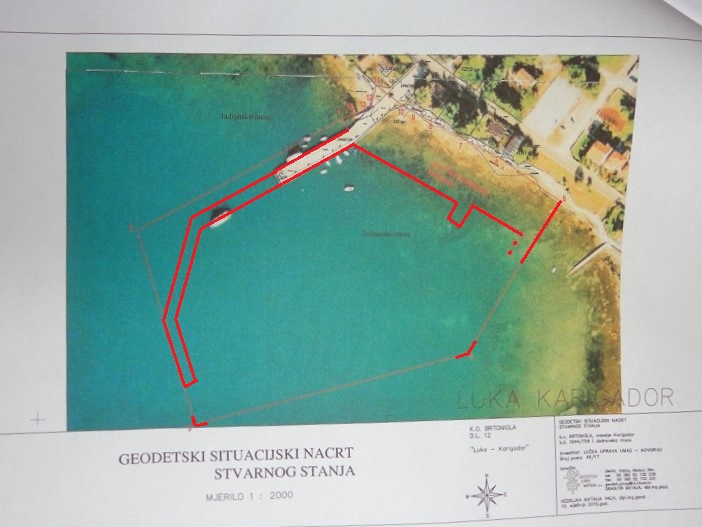 This petition is an initiative of the residents of Karigador that want to protect and maintain intact the value of the nature, the environment and the coast of Karigador. Karigador is a little fishermen’s village located in a beautiful bay in the north of the Adriatic Sea, in the Municipality of Brtonigla, Istria, Croatia. We want to protect the natural environment of the bay and the rare animal species that inhabit it for the benefit of future generations.

Moreover, we want the local authorities to act in a more conscious and responsible way when dealing with an area of inestimable value. When so important and irreversible decisions are being made, it is the local authority’s job to warrant the compliance with all the environmental policies and legislations put in place by the European, Croatian, Interregional and regional laws. 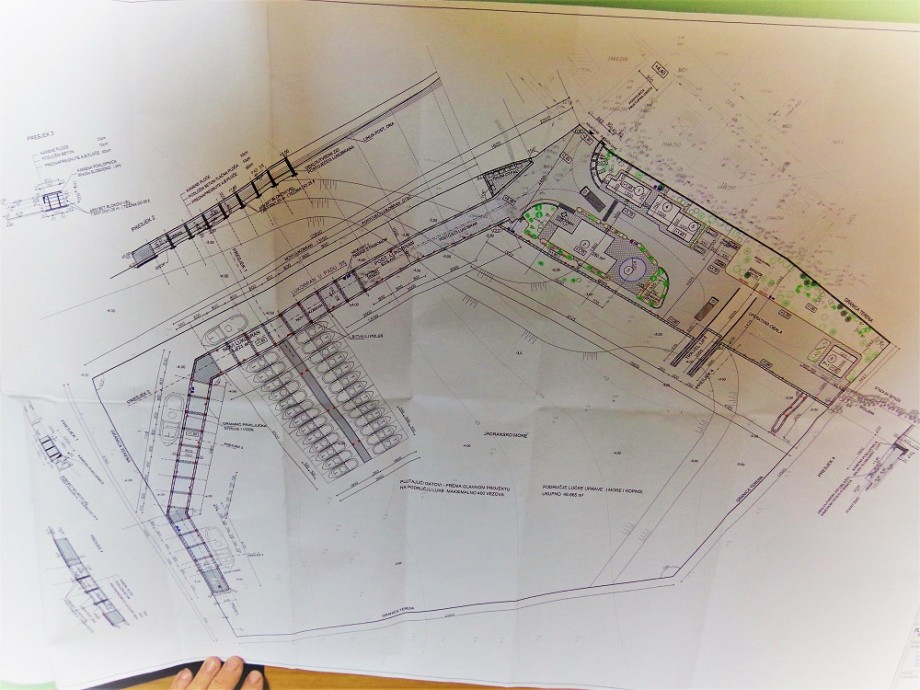 None of these studies have been carried out and no warranty has been requested from the investor as the Port Authority itself has declared. Nonetheless, drillings of the seafloor have been carried out during the embargo on construction works during the summer season. This all proves that the local authorities have no consideration or respect for the current situation in Karigador and its local community. Even more so at a time when it needs most protection and both negative and positive consequences should be carefully forecast and considered. It is also necessary for the investor to guarantee the complete realization of the project by issuing a warranty or surety bond to guarantee the repayment of any irreversible damages caused to the environment and the houses of the local inhabitants. Even more so when the investor has no solid financial basis nor can they prove that they have successfully carried out other similar projects.

The economic sustainability of the project also has to prove and guarantee that this is not going to be yet another example of unsustainable economic development which has impacted on other marinas of similar size of the one planned for Karigador and which are only 3-4 nautical miles away.

In the same bay south from Karigador, lays the rural village of Dajla in the municipality of Novigrad.

Another similar project for the construction of a marina only 250m away from the small pier of Karigador was presented with no prior notice or any communications.

All the local and regional publications have always described the outstanding natural beauty of the local area and the appeal it has for tourism. Thanks to many well thought spatial plans carried out by the relevant municipalities in the last 50 years, Karigador and Dajla have become established tourist resorts which undeniably benefited the municipalities’ cash flow and all of this with no impact on the natural environment. Why therefore ruin this area of outstanding natural beauty and its unspoilt ecosystem in an area of the Adriatic Sea where the tourist model based on the classic marina has been off for decades?

The answers to this questions are well known to both the local authorities and the investors: words such as “public local traffic of the port” have been used to mislead the local inhabitants and in doing so gain consent to build on the coast and expand the shore artificially by building onto the sea with zero costs for the investors and complete damage to the sea!

An important aspect that has not been considered and that has seriously mislead all those who think that projects of these dimensions may bring economic benefits and increase the value of existing buildings in the area, is the need for parking spaces for all the employees that will work in a marina or port. There are not enough parking spaces nor big enough surfaces in the whole Karigador and Dajla to be able to cater for even a small portion of such big numbers.

In the recent past, the lack of attention towards seaside resorts by local authorities has led to the destruction of part of the dinosaur footprints that had been found and brought to light by joint studies of Croatian and Italians teams in Karigador. Now, the same attitude could lead to the useless sacrifice of marine species that live locally or birds that find shelter in the bay and the destruction of this historic Istrian area of outstanding natural beauty that the rest of the world envy us for.

Why not devote this beautiful area to the emerging tourism trends – the love for unspoilt landscape and areas of outstanding natural beauty – by having a development plan based on sustainable activities that have no impact on the environment?

This online petition carries on the paper petition started on the 3rd of June 2017 which by the 1st of August 2017 had already collected 1000 signatures and which can be still signed in person at the Association “My Beautiful Karigador”. The Association is carrying out the initiative supported by important law firms from Croatia and other countries that are active on a European level and will continue to act on every front to protect the rights ignored by the projects in the bay of Karigador and Dajla.

The signed copies of the petition have already been delivered to the authorities.

By signing this petition we request the cancellation of the concession that the Port Authority Umag-Novigrad issued in early May 2017 and the project of conceptual solution carried out in Rijeka on the basis of which an investor has presented the realization of an extension of the pier of Karigador (from 70m to 335m!) and the construction of a big marina-port with 400 (then 200) moorings. The marina will occupy 46,665m2 and will have boat servicing facilities and travel lift of 40 tons next to houses dating back to 1904. The actual seafloor will be lowered by 3-4 metres by explosions and excavation which will destroy any existent rare organism now inhabiting the area of the bay. There are also plans to fill the existing beach (and sea!) and create an area of 7,786m2 for the construction of two-storey buildings that will host restaurants, boat repair facilities etc. It has to be noted that it will be no longer possible to use the beach in Karigador.

The recent urban and spatial plans of Karigador do not allow for new buildings to be built within 70m from the beach. This limit, which equals to 300m in the neighbouring Italy, has to apply “within” the sea as well!

Based on these premises, it is reasonable to think that the final object of the Local Authority and the investor is different than what stated in the project.

The existing small pier has always been used for the unloading of the fish caught by the local resident fishermen and the limited activities of cabotage that have no impact on the environment and landscape.

It is obvious that the recently discovered project for the construction of a “marina-port” in the nearby village of Dajla is the remaining part of a much bigger project which threatens to use with catastrophic consequences for the local residents and existing tourism activity the whole bay of Karigador-Dajla on both sides of the coast and on the sea. It also likely that the works in Dajla will destroy the priceless and historic remains of a roman port and a cargo ship (certified by curators) whose wooden structure can still be seen on the bottom of the sea.

The text of the online petition presents all the points included in the paper one which has been translated in different languages for distribution at a European and international level. We wish to remind you that if you have already signed the paper petition, you do not need to sign online.

The online petition can be signed safely and your privacy will be protected: your details and email address will only be used to confirm that you signed the petition in your language and no further publicity or promotion will follow.

If you decide so, your details will not be visible. Your valuable comment which states why you signed will be visible. It is only possible to sign the petition once, from your smartphone, table or PC.

Petition for the cancellation of the concession agreement signed on the 2nd of May 2017 between the Port Authority Umag-Novigrad and the concessionaire for the port open for public traffic of local significance Carigador due to: