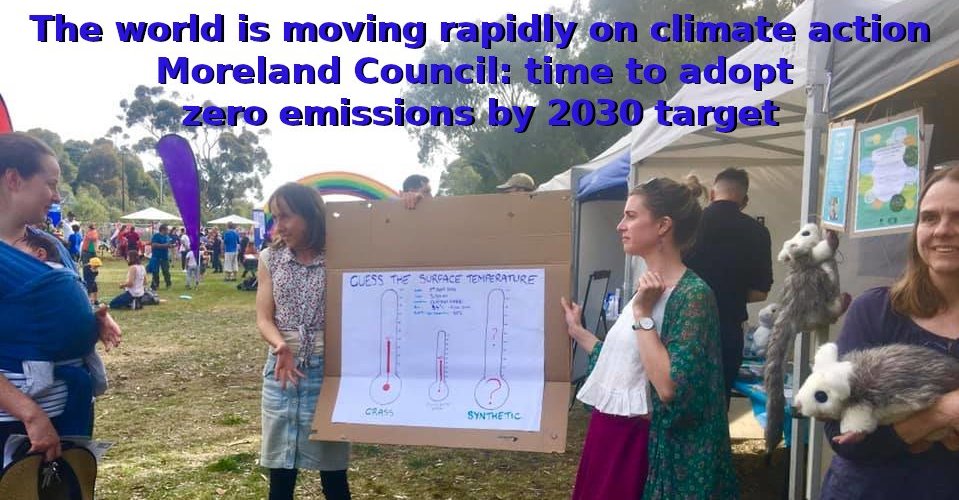 In September 2018, Moreland City Council unanimously declared a climate emergency – recognising the threat that the climate crisis poses to our health, safety and livelihoods.

And, right now, Council has a target of zero carbon emissions across our community by 2040.

But scientists have warned that now is the time to act: what governments, businesses and communities do between now and 2030 will determine whether we limit potential climate catastrophe.

With the Federal government being left behind the rest of the world on climate action and the Victorian government refusing to transition away from coal any time soon, Moreland Council has the opportunity to lead action on the climate emergency.

Will you sign the petition calling on Moreland City Council to adopt a Zero Carbon Moreland target by 2030?

By signing, I authorize Climate Action Moreland, Neighbours United for Climate Action to hand over the information I provide on this form to those who have power on this issue.