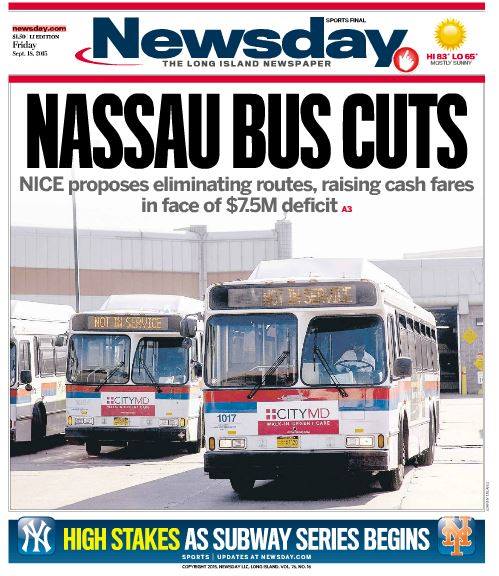 NICE Bus also needs to bring back maintence workers at both depot at Mitchel Field and Rockville Cetre Depots because lots of bus riders are impacted by majority of breakdown on bus service due to lack of maintence, which forces missing buses and depends on day, some riders could be waiting for an hour or two hours.

Please sign this petition to save these buses or there will be no eastern Nassau County Bus service.

Thank you for your cooperation.

P. S. Disable communities will be impacted by service cut and so will be many business because there are lots of business workers and employees who commute by public bus and train.