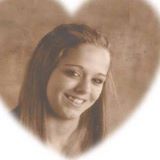 Domestic Abuse has become a personal endeavor, laws need to be changed and added to furthe protect victims of such a heinous crime. on nov.23 2014 Nicole Devine only 23 years old lost the battle and was beaten to death. This accrued despite the fact police had been called to the seen. Laws concerning domestic violence need to be addressed, and changed or added to better protect women, men and children WE are losing women by the millions. Women on American soil have a higher risk of dying from abuse than are soldiers on the front. Number of U.S. troops killed in Afghanistan and Iraq: 6,614: Number of women, in the same period, killed as the result of domestic violence in the US: 11,766 This tells us our police need to know the dynamics of an abusive situation. Laws need to be put in effect to aid in a positive outcome of an assault. Such as mandatory separation of victim and alleged abuser for 48 to 72 hours. The victim should not be able to be left alone. This will allow a victim adequate time to find safe shelter and implicate an order of protection. This will also allow for a cooling down period for the perpetrator. the 48 to 72 hours should be designated because it is known that the alleged perp tends to return and do more harm. At the initial confrontation if there is any sign of trauma separation should be incorporated.no questions asked it is known that a victim will not say anything happen while in the presence of the abuser. any prior charges of abuse should be known at the time of confrontation accused should be detained until this info is received. Domestic violence should have its own registration of convicted abusers as do sex offenders Courses should be implemented so police have a better knowledge of abuse. Compassion and understanding should be induced when confronting victims and obtain info If these laws were being enforced at the time of Nicole's abuse she may very well have been with us today

By signing, I authorize Tracie Mannarino to hand over my signature to those who have power on this issue.