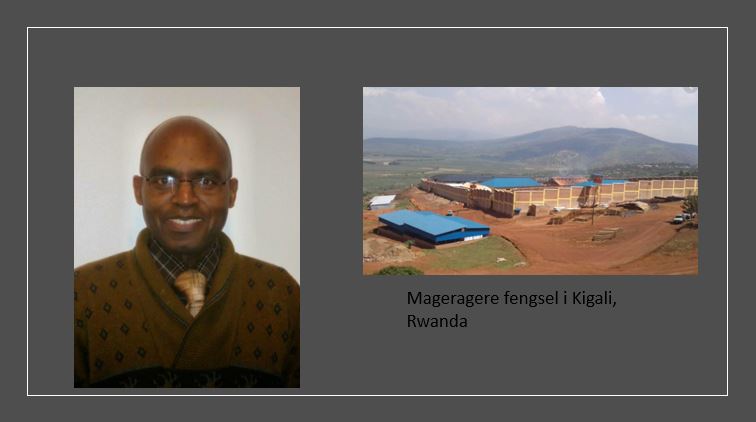 Dr Joseph Nkusi is a Rwandan citizen. He must be released from prison in Rwanda as soon as possible, in order to be resettled in Norway. He got protection in Norway in 2018, two years after The Norwegian Immigration Appeals Board forced him back to Rwanda.

Dr Joseph Nkusi came to Norway as a researcher at the University of Bergen in 2009. When his work visa was about to expire, he applied for protection in Norway.

He got negative decisions, first from UDI (Directorate of Immigration) and then from UNE (Immigration Appeals board). In October 2016 he was arrested and forced to return to Rwanda.

UNE did not believe that Joseph Nkusi had a well founded fear of being persecuted by the Rwandan authorities due to his political opinion. When UNE learned that he had been sentenced to 10 years in prison, they reconsidered his case.

In October 2018 UNE decided to give Joseph Nkusi protection in Norway. In other words; Norway has admitted a serious mistake, that of having failed to comply with her international obligations according to the Refugee Convention.

One big problem remains to be solved; Dr Joseph Nkusi needs to be released from prison in Rwanda so that he can come to Norway. This is the responsibility of the Norwegian government.

The purpose of this petition is to make pressure on the Norwegian government so that they will do the best they can to get Nkusi released.

By signing, I authorize Fred Winther Holt, ESPOIR menneskerettsgruppe to hand over my signature to those who have power on this issue.