The destruction of nature and disasters caused by human activity have enormous consequences and threatens the livelihoods and life on earth.

If we are to get the world and climate back on track, we need to mobilize like never before. If we do not prevent it now we will have to spend huge amounts of money in the future to repair the damage we could have prevented today.

Norway is enormously rich and can afford to share. For decades, we have been pumping up huge amounts of oil and gas that happened to be outside our own living room. This has given us short-term benefits, but long-term negative consequences for the world. We have literally built our wealth on global warming.

We believe it is time to give something significant back to the world.

Giving 1% of the Oil Fund's return every year to a climate fund Norway can afford and will give a strong signal to the world community that we take the climate problems seriously. At the same time, such a fund will inspire and accelerate the development from the fossil to the renewable age, something we will all benefit from.

Concern for man and nature must precede everything else. Our world is only on loan and our goal must be for it to be passed on nicely and neatly to future generations as well.

Read more on the website www.klimafondet.org why Norway should create a climate fund and what it can be used for. 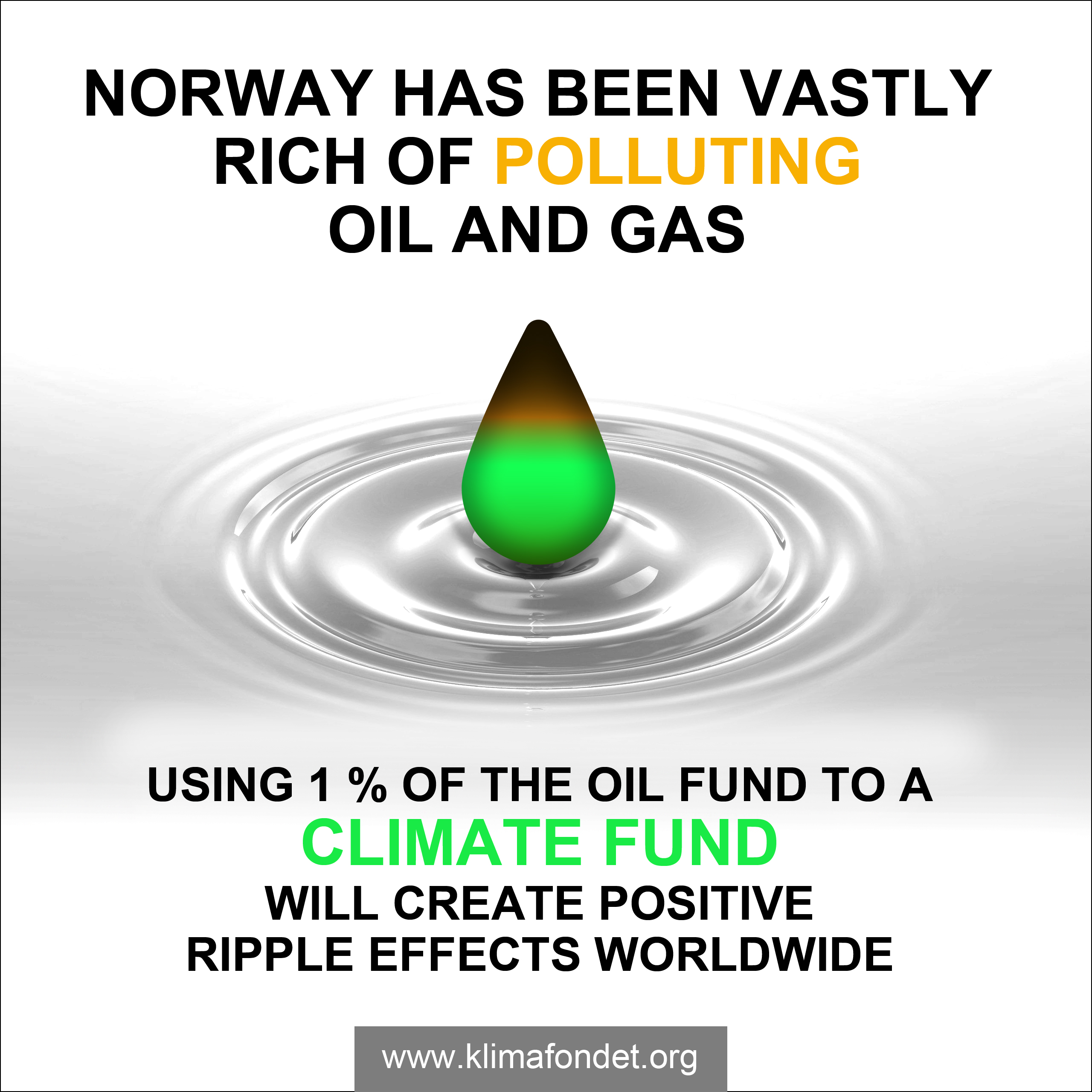 By signing, I authorize Klimafondet to hand over my signature to those who have power on this issue.