Petition on behalf of Science to the African Union on Ebola

PETITION ON BEHALF OF SCIENCE TO THE AFRICAN UNION

With the collaboration of Doctors Guy Alovor and Kanyana MUTOMBO

Translated from French with the collaboration of Ireneo NAMBOKA

See the original French version at 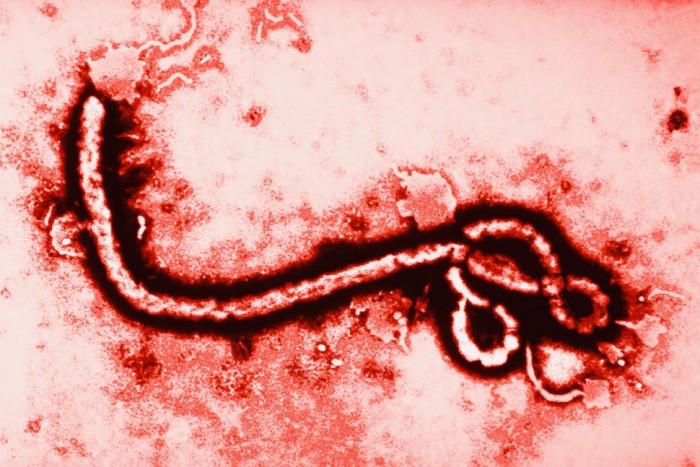 1)     The ardent current events of the Ebola outbreak, whose virus’s devastating capacity led the WHO to decree “a public worldwide health emergency” and to declare that “an international coordinated response is essential for stopping and reversing the international spread of the virus”, without, however, raising the scientific question of the real origin of the virus and of the manipulations at the origin of its spreading, in order to fight it more effectively;

2)     The gravity of the ravages already caused in the world by the AIDS pandemic and more seriously in sub-Saharan Africa where, according to the WHO figures, more than three quarters of the 30 millions of the world’s AIDS victims were living until 2003, and where 25 out of the 30 millions carriers of the AIDS virus in the world and more than 90% of the contaminated children by this virus in the world are today living, leading the United Nations to set up in 1995 the UNAIDS Program aimed to coordinate the worldwide mobilization against this pandemic, although until this day no scientific means or investigation, whose efficacy  could be formidable, have not been mobilized to determine in a safe way the real origin and the mechanisms at the origin of the spread of AIDS,  such that it may be fought more efficiently;

3)     The scientific inadmissibility of the theories on the transmission of the AIDS and Ebola viruses to humans only a few years ago in Africa from certain animals which would be healthy carriers of them, because Africa is the cradle of humanity and because human beings and animals have been living there together for millions of years, hence well before the appearance of AIDS and Ebola respectively in 1958 and 1967 – what indisputably directs the researches on the appearance of these diseases towards human causes, more specifically towards the development and manipulation of  “biological weapons of massive destruction” the main target and the first victim of which Sub-Saharan Africa turns to be without any comparison with other regions of the world;

4)     The evidence of the COAST Program developed by South Africa’s apartheid regime between 1980 and 1994, consisting in the development and manipulation of “biological weapons of massive destruction”, selectively directed towards the black populations of Africa, and personified by Dr. Wouster Basson – nicknamed “Doctor Death”, as Tristan Mendès France, grandson of former Chairman of the Ministerial Council under President René Coty and Administrator of the Pierre Mendès France Institute, reports in his book ,“Doctor Death: Inquiry on State bioterrorism in South Africa”, published in 2002 and specifically stating: “Anthrax, Ebola, Aids, Cholera, sterilization of mass, ethnically selective chemical poisons appear among the weapons envisaged by the Apartheid government against the black population. A biochemical war project of a racist nature largely supported by the western powers.  Launched in 1985, the military program does not seem to have ended until 1994, without all the responsibilities being established. Up to the present nobody knows the whereabouts of this death technology or in whose hands it is. It is even less clear as to what use this technology could be put”   (See the presentation in French of the book at: http://www.bibliomonde.com/livre/mort-enquete-sur-bio-terrorisme-etat-en-afrique-du-sud-1403.html). Tristan Mendès France is also the author of the documentary “Doctor Death” transmitted on France 3 in 2002 (cf. ), before being supplemented by the documentary “COAST Project: Genocide”, broadcasted on “Arte” in 2009 (cf. http://www.youtube.com/watch?v=Hme1xB5OfTY);

5)     The serious charges confirming the international scientific collaboration of which the South African Apartheid government COAST Program benefited, published in 2001 by the American Dr. Boyd E. Graves in his book “State origin: the evidence of the laboratory birth of AIDS” where the author demonstrates with the support of numerous official documents how, under the guise of researching on Cancer, the “Special Virus” program, started on 12th February 1962 by the American administration and having benefited from renown biologists’ collaboration, such as Professor Robert Gallo, the official American discoverer of the supposed AIDS virus,  contributed to the creation and to the massive production and inoculation of the “vector” of AIDS, with the selective massive destruction of black populations in Africa and America as the objective  (cf. the article “The history and the flowchart of the development of AIDS“ at http://www.deepspace4.com/pages/diseases/pagediseases.htm)- as it  seem to be confirmed by the pieces of evidence of the documentary " the origins of the AIDS ", broadcasted in 2004 on the Second Channel of the Belgian television in French, clarifying by this way the links between, on one hand the experiment, despite the warning of the WHO, on more than one million Congolese, Burundian and Rwandan children between 1958 and 1960, of the vaccine "Tchate" of Dr H. Koprowski against the polio, made from the loins of chimpanzee, and on the other hand the first evidences of the AIDS in the world

6)     The disturbing connections, revealed in 1996 by the American researcher Leonard Horowitz in his very documented book “Emerging Viruses: Aids & Ebola - Nature, Accident or Intentional?”, between, on one hand the OTRAGland, a 100,000 sq. kms  piece of land, emptied of its population and given to a mysterious German company, OTRAG, in 1976 by the Zairean President Mobutu purportedly for the launching satellites into the atmosphere, while NASA was only operating on 331 sq. kms; and on the other hand the industries and institutions working in the field of bacterial weapons development within NATO, demonstrating by this way that AIDS and Ebola did not come about spontaneously or naturally cross the species barrier between the monkey and the human being, while it is known that the Ebola virus appeared in the same year as the “Marburg Virus “, bearing the name of a German town where in August 1967 it caused several deaths among laboratory workers who were experimenting with it on monkeys, prior to its showing up in former Zaire under the name “Ebola” in September 1967 (See on this matter the very edifying article of Wikipedia "Biosafety level" at the address http://en.wikipedia.org/wiki/Biosafety_level, giving the list of several laboratories all over the world, most of which are linked to military-industrial complexes, among which the laboratory of virology of the University of Marburg, the Centers for Disease Control and Prevention of Atlanta (CDC), the laboratory P4 Jean Mérieux-INSERM of Lyon, the International Center of Medical researches of Franceville in the Gabon, cultivating "officially" for decades the highly pathogenic viruses of class 4 generating of the hemorrhagic fevers, in particular the virus of Ebola);

8)     The political and strategic necessity to as soon as possible bring an end to the lack of reaction from African political authorities, in order to act efficiently and energetically upstream on the root causes of the AIDS and Ebola epidemics in Africa, in accordance with the lessons from the African proverbial wisdom which reminds us that “a person is treated according to his behavior and expected reactions, which can be read from his face and mood”, and in conformity with one of the fundamental rules known as “Newton’s third law” or the “principle of reciprocal actions”, which asserts that “every action produces a reaction of equal intensity, in the same direction and in the opposite direction”;

On behalf of Science, we the undersigned, scientists, intellectuals, political actors or civil society activists, request insistently the highest office holders of the African Union, in particular the African Union Commission, to urgently call upon the United Nations Security Council for an “International Commission of investigation on the origins and spread of Ebola and AIDS” to be established as a matter of urgency, under the joint auspices of the United Nations Security Council and the African Union among which the Chairperson and half of the members should be designated by the African Union, and should result, according to its conclusions, in the creation of a  “Special Tribunal on Ebola and AIDS”, to judge all those who are responsible - the decision makers and the performers - of the suspected crimes.  This is due, given that the Security Council wasted no time before setting up an International Commission of enquiry, followed by a Special Tribunal, following the assassination of eleven people in Lebanon in February 2005, and that two big western powers were ready to bombard Syria for the supposed utilization of chemical weapons making a thousand victims between March and August 2003.