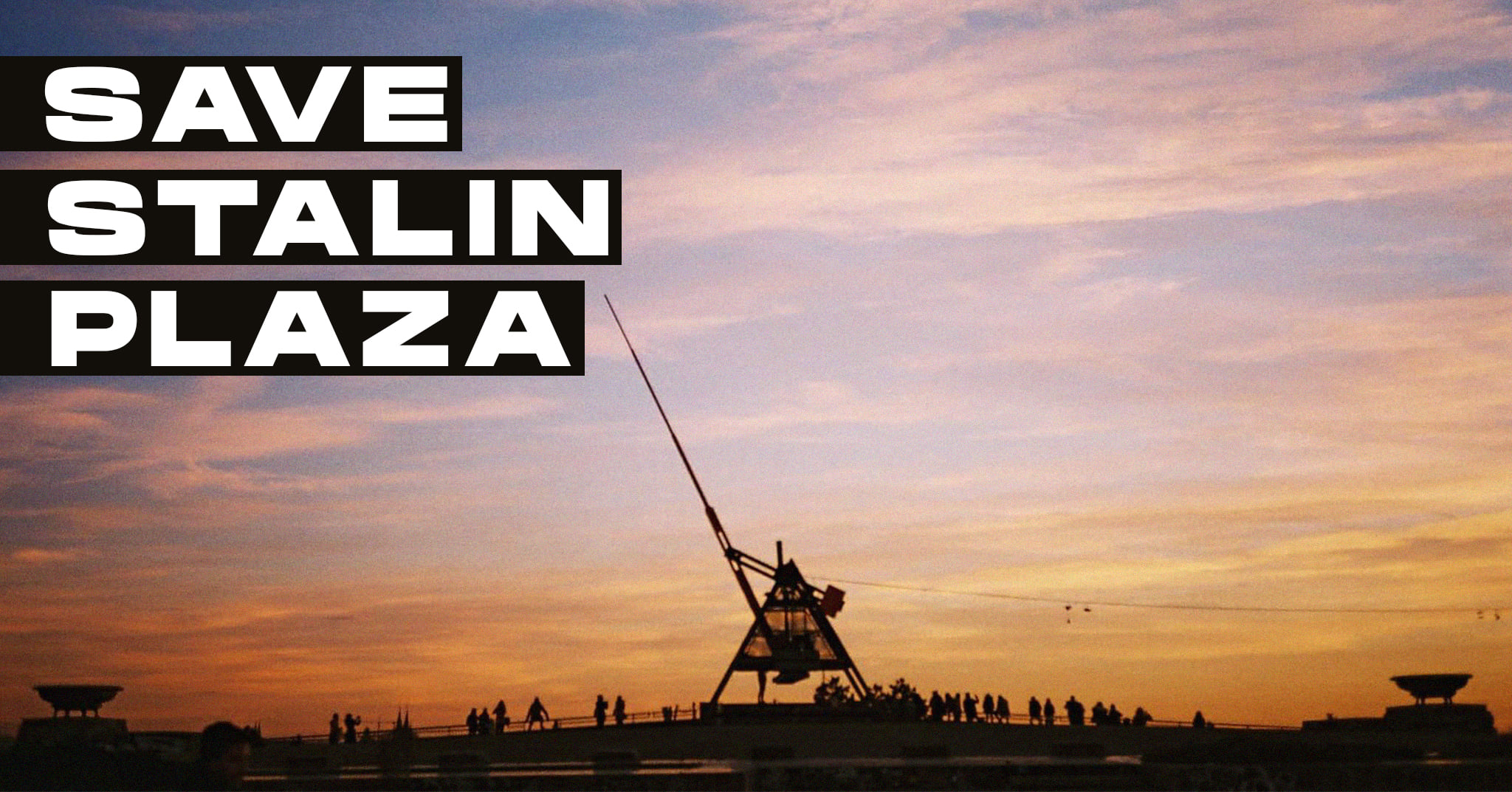 By means of this petition, we, the undersigned, request that the area around the former Stalin monument (also known as “Stalin Plaza”) and its surroundings in the Letenské Sady park in Prague 7, Czech Republic, retain their current purpose of use for free time activities, sports, music and cultural events for all residents and visitors of Prague.

On 19 September 2019 the whole upper area around the former monument, i.e. the area around the metronome, was closed by an administrative order based on an expert finding. In the past, there have been many attempts by developers to close this location and undertake large building projects in the middle of this, one of the largest parks in Prague. Despite its dark communist past, this space has established itself on the global cultural and sports scene. Prague's “Stalin Plaza” is world-renowned as a site with one of the most beautiful views of Prague, a place for relaxation and entertainment and also as a legendary skateboarding spot.

Stalin Plaza has featured in countless skateboarding films and magazines and put Prague on the map as part of the global skateboarding circuit, increasing the renown of the city internationally and awareness of its beauty among the young generation.

We do not want this place and its unique atmosphere to be destroyed by construction or any other fundamental change.

By signing, I authorize Jiří Herman to hand over the information I provide on this form to those who have power on this issue.