The island of Seili under threat! 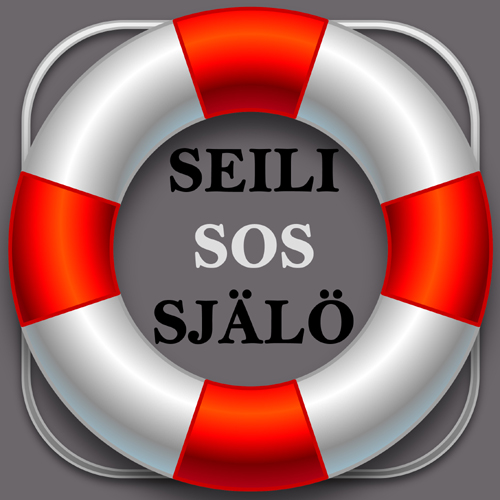 The unique cultural environment of the island of Seili is about to go through irrevocable alterations. The Archipelago Research Institute of the University of Turku has utilized the main area and buildings of the late Seili mental hospital since 1964. The island has been an ideal place for carrying out extensive environmental research. Scientific activity ensured that the historical infrastructure has been thoroughly maintained. When the Seili mental hospital ceased its operation in 1962, the island had vast areas of fields which were soon planted with saplings by the Forest Research Institute. Since there was no need for agriculture – a tremendous change from how the mental hospital was heavily dependent on agrarian operations – the flora and fauna of the island were able to spread and thrive freely for four decades. The island was included in the Natura conservation area in the late 1990s.

The island of Seili has been a popular travel destination for several decades. Boaters have been able to dock overnight at the church pier, and tourists have accessed the island by ferry and charter boats. The rising popularity made people wonder about the distinct lack of enthusiasm to develop on-island services for travellers. The Research Institute made its stance clear: the natural environment of Seili must be protected from increasing tourism, and therefore the introduction of on-island travel services would only encourage unwanted growth in numbers. The sole two public restrooms available on the island were not built until the late 1990s. Furthermore, the University once more expressed concern for the rising number of tourists when a new privately owned ferry started a high frequency operation on the Seili route in 2005.

Change began, when Finnish universities ceased to be state-owned in 2008. For all this time the Archipelago Research Institute had paid rent for the areas and buildings it operated in. However, in 2015 the University of Turku bought the land and buildings from University Properties of Finland Ltd, a company principally owned by the Finnish government.

New difficulties arose, when funds dedicated to research started to dwindle. The university pondered if they had any alternative sources of income that had remained untapped. Suddenly the growing tourism ceased to be a threat to the natural environment of Seili, according to the University of Turku. In early 2017 parts of the Archipelago Research Institute were leased to a private entrepreneur to jump-start accommodation and restaurant services for travellers. The amount of annual visitors were expected to rise from 9,000 to 30,000. The University of Turku neglected to inform the inhabitants of Seili about these plans before a bombshell article was published in a local newspaper Turun Sanomat in December 2016.

Instead of treasuring and maintaining these culturohistorical buildings, the University of Turku has decided to sell individual houses on the island of Seili. For example the old vicarage, which dates from the 18th century, and the old carpenter’s shop from 1910 are under threat to be excluded from the intact milieu of the former Seili mental hospital. A guest pier extension and new lodging construction planning is underway. There are also plans to sell pieces of land amidst woods that have served as valuable environmental research material for several decades.

All these radical and irrevocable plans must be halted at once! Moderate improvement of on-island travel services is mostly welcome, but the obscure quality and haste of this current scheme has caused immense wariness and doubt. The island of study and research is transforming into an amusement park. The historical buildings have been maintained remarkably well, and the nature surrounding them is enchanting – but why does the University of Turku have a persistent need to shatter and violate this equilibrium? The University has forgotten its responsibility – which exceeds the lifetime of any single person – in supervising and protecting old culturohistorical areas. The tenant has become the prodigal son.

Pro Seili-Själö ry    Contact the author of the petition

By signing, I authorize Pro Seili-Själö ry to hand over the information I provide on this form to those who have power on this issue.