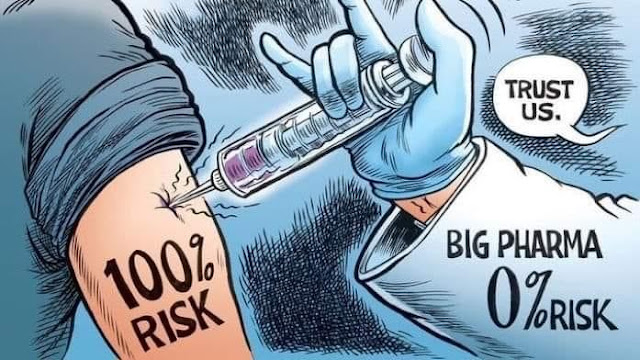 
This petition is presented by parents of students enrolled in Virginia Colleges and Universities. These schools have mandated the so-called COVID vaccines for their students, trampling their freedoms and putting their health at risk by interposing themselves between the students and their doctors, and that in a tyrannical fashion—by ordering a controversial and unnecessary medical treatment for all. We have steadfastly opposed these mandates since they were forced on our kids. While most of the schools were responsive and took time to engage us in dialog, we've had no success in getting anyone to reverse these blatantly harmful policies.

We naively hoped that with the recent collapse of the false narrative of vaccine safety and efficacy against the spread of COVID-19, the colleges would at least tacitly admit their mistake and not issue further mandates. We were wrong. Most of them (JMU is a notable and welcome exception) have mandated the booster shot. Any rational analysis of the events of the past two years reveals the actions and policies of these vaunted institutions of higher learning in Virginia to be grounded in ignorance and a complete failure to engage with reality.

To the Administration of the following Schools:

We are parents of University students enrolled in Virginia schools, strongly opposed to the COVID vaccine booster mandate which you recently announced for the Spring 2022 semester. Many of us wrote to you earlier this year to oppose the vaccine mandates for the Fall 2021 semester. At that time, we were informed by studies and articles provided by credentialed experts around the world, as well as by direct contact with doctors and other healthcare professionals. It was clear to us that there was more than enough evidence to call into question the necessity, efficacy, and safety of the COVID vaccines. You received our objections but chose to listen to contrary, counter-factual guidance from other sources. Six months later, it is beyond question that everything we warned about has proven to be true, and much of the "expert" advice that you chose to follow has proved to be unequivocally wrong and counter-productive.

Thus we were shocked and disappointed to see that you have learned nothing from the national experience of the past six months and are now mandating the booster shots for students. COVID is a subject on which there are many divergent opinions, but it is widely accepted today among advocates and opponents of the COVID vaccines that they do not provide any public benefit with respect to stopping or slowing the spread of the virus. This was true before the Omicron variant arrived, and it is now so obvious that it's impossible to ignore. This was the claim of the "experts" when the vaccines were rolled out, and it was a primary and necessary basis for mandating the injections. The personal decisions of students were overridden and medical decisions made in consultation with their doctors were overthrown, because it was asserted that they would put others in danger by refusing the injection. This is now proved to be entirely false. Moreover, many credentialed experts are reporting that the vaccines, especially the booster shots, increase the likelihood of contracting COVID.

You are forcing your students to do something that will increase their chance of contracting COVID, while nonsensically treating the unvaccinated as if they are the primary risk vectors. Just as we warned from scientific findings this past Summer, the vaccines have served to extend and intensify the pandemic. Colleges and universities mandating the vaccine have helped bring that about, and now you're doubling down on those same failed policies.

We warned you this past Summer, as well, that there were serious risks of harm from the vaccines. That has also been proven to be correct. The realization of just how harmful these treatments are has grown steadily since the Summer. There is every reason to believe that the future picture will be exceedingly grim, especially since the risk of vaccine injury is dose-dependent, and frequent boosting was always the greatest fear of those who understand the risks posed by these treatments. In addition to dozens of studies and analyses demonstrating tens of thousands of deaths associated with vaccine injection, developed and reviewed by credentialed experts, there are disturbing reports of all-cause mortality rising precipitously in association with vaccine uptake in virtually every country where the vaccine has been widely adopted.

Despite this, the CDC and FDA steadfastly refuse to investigate any of these indications, and they refuse to even acknowledge or reply to any of the doctors and scientists who write to them to provide such evidence. The FDA has not implemented any part of the safety monitoring program they committed to in the Fall of 2020. In fact, there has not been a safety review of the vaccines to this day. None of the vaunted safety assurance of the US public healthcare establishment has been mobilized to examine COVID vaccine safety. We have three months of Randomized Controlled Trial data to vouch for vaccine safety. Since the placebo arm of the trial was deliberately destroyed after that time, there is no longer a control group, and therefore there is no meaningful collection of safety data. Not to mention that apart from inventing a time machine, there is no way to know anything about the risks that these injections pose to future child-bearing prospects for the young students being forced to take them—to consider only one of many long-term risks. Thus It's becoming evident to more and more Americans that we are not being given an accurate or honest picture regarding the safety of the vaccines that you have chosen to force your students to receive.

YOU HAVE NO RIGHT

If there is one fact about COVID that can be asserted unequivocally today, it is that the so-called vaccines are at best a therapeutic treatment with limited and rapidly fading efficacy, narrowly focused on a few virus epitopes long absent from circulation, and with a terrible safety profile. Where in this do you see the justification for forcing these treatments on your students? What right do you have to override their bodily autonomy, their right to choose for themselves whether or not to have foreign genetic code injected into their cells? What acceptable rationale can possibly be offered for this heavy-handed action? The whole nation sees that the false narrative of the past two years is crumbling. Many who advanced that narrative are retreating from it. Are you even aware of the monumental changes in explanations and guidelines made recently by FDA, CDC, the White House, The NIAID's Dr. Fauci, public health officials, and mainstream news sources? Do you realize that hospitalizations and deaths have been completely decoupled from cases, and that you're now mandating an untested, ineffective vaccine against a cold? Are you aware that consistently throughout the world,  countries with the highest vaccination rates have seen unprecedented COVID surges strongly correlated with vaccine uptake? Your attempt to mandate the boosters gives the impression of organizations unable or unwilling to understand the world in which they operate. This is not a good example to set for institutions whose purpose is to educate and equip the next generation of citizens.

THE KIDS WILL NOT FORGET

History will reveal the great harm that has been done to young people during the COVID pandemic, and this picture is already emerging. For many of us, our respect for the values and courage of colleges and universities has been significantly diminished. The students will not forget what was done to them during this unique and special period of their life. The customary fond feeling for one's alma mater will be forever tainted by the memory of how their rights were trampled. How their school blindly followed those acting out of fear and ignorance. How those whose mission and calling was to guide them in taking their last step into adulthood failed to stand courageously on their behalf for a rational, scientifically sound stance that respected human freedom and dignity. How their school could not grasp a view of human flourishing beyond the agenda-driven obsession with "defeating a virus" to the deliberate exclusion of nearly every other consideration of their well-being.

Your response to COVID has been disappointing and harmful. Those who made the booster mandate decision bear the blame for a major misstep. We've been told by school administrations that they were following VDH and CDC recommendations. That explanation does not satisfy us. It is you (each individual college or university) who hold the students' educational prospects in your hands, and it is you who are mandating the vaccines. Following manifestly false and harmful guidance is unwise, but forcing that guidance on vulnerable dependents makes one culpable. If the decisions were made external to your school, then you should tell us that, and you should publicly denounce the soundness of those decisions. Because it is your name and reputation at stake. It is you who are doing this to your students, and it is you who should admit that this is the wrong path, and correct it.

WE CALL ON ALL THE AFORE-NAMED SCHOOLS TO IMMEDIATELY REVERSE THEIR COVID BOOSTER MANDATE POLICIES AND ADOPT RATIONAL, SCIENCE-BASED RESPONSES TO THE COVID-19 PANDEMIC.

By signing, I authorize Mark Leone to hand over the information I provide on this form to those who have power on this issue.