STOP the BUILDING of 3477 Drummond St.

STOP the BUILDING of 3477 Drummond St. 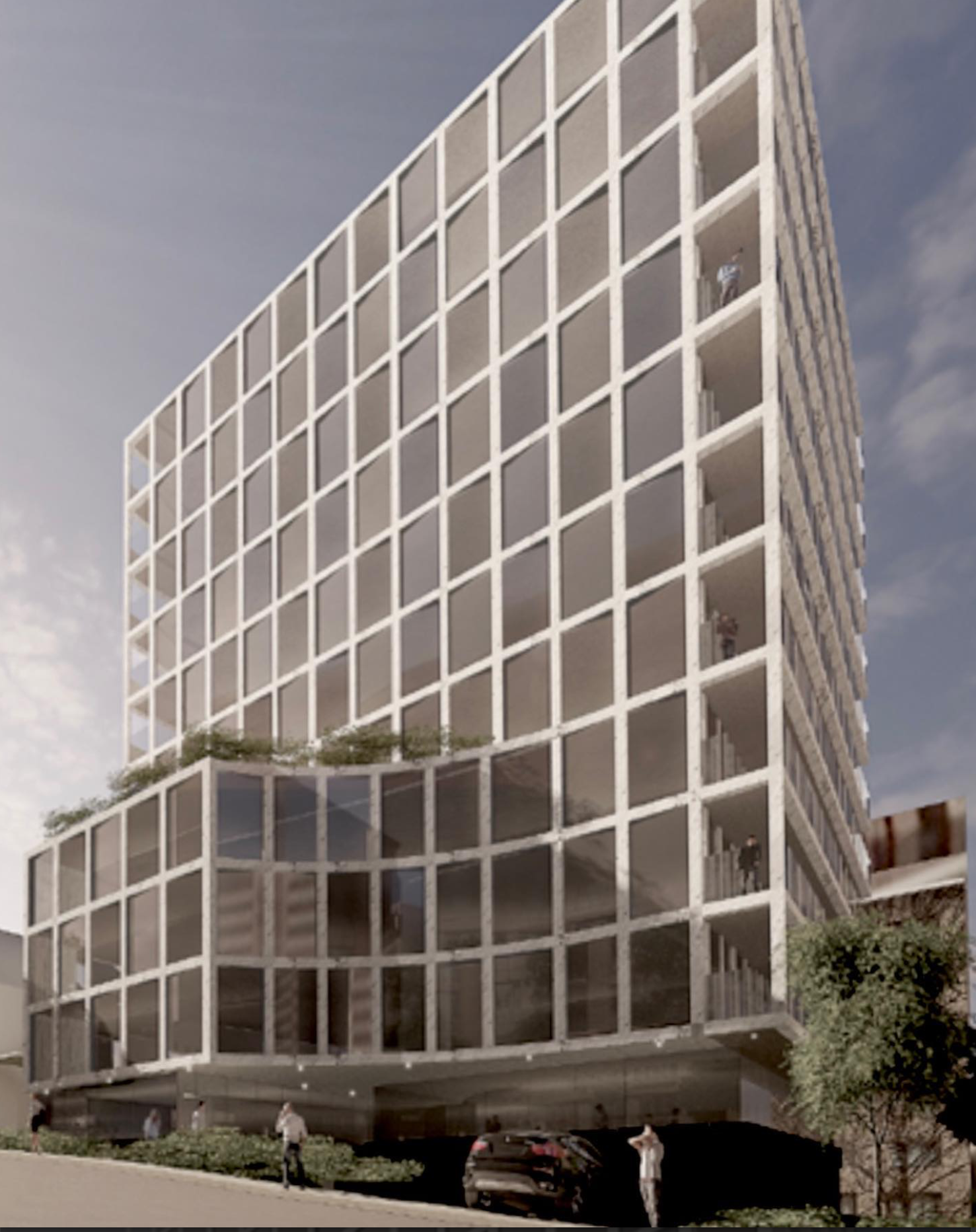 PETITION
If you want to:
BE PROACTIVE AND OPPOSE THE PROJECT OF DEMOLITION-3477 DRUMMOND WITH YOUR SIGNATURE.

By signing: I agree with petition titled "STOP the BUILDING of 3477 Drummond St." to prevent real estate speculation from eliminating mountain and scenic views and negatively affecting the quality of life in our Golden Square Mile (GSM) neighborhood, dated June 2021.  Full petition below.

To prevent real estate speculation from eliminating mountain and scenic views and negatively affecting the quality of life in our Golden Square Mile (GSM) neighborhood.

We, GSM residents, strongly object to the demolition of the existing building and construction of a new highrise building on the southside of Mount Royal, specifically at 3477 Drummond Street, Montreal. We call for the developers to propose alternate plans for this location - plans that will not adversely impact the quality of life of the residents in the GSM area. Our concerns align with promoting urban sustainability, the mainspring of Mayor Valerie Plante's platform. While it is an admirable goal to keep citizens in the downtown core, this must not be promoted at the expense of increased traffic and reduced parking capacity. The proposed demolition and construction project, if approved, will increase urban density without consideration for the interests of a family-oriented neighborhood.

1- Basis for demolition/loss of value and income. The demolition under consideration does not meet any of the criteria set by the applicable By-law CA-24-215 of the City of Montreal, except perhaps, fiscal impact. There is clearly no functional need for a demolition, since the existing building structure is sound and the existing building is currently already zoned for renovation purposes. There is also no justification whatsoever for the proposed demolition other than the self-serving financial speculation of the owners of the new building. While making profits for its own sake is not a bad thing, the issue here is that a tiny minority of owners will be profiting at the expense of a large majority of surrounding owners and tenants who oppose the project and who will be forced to sacrifice not only financially in this transaction but also in respect of their quality of life. One to two years of demolition and construction will needlessly disrupt residents’ life as well and compel some tenants to leave their homes of many years

2. Building Dimensions and Blocking Views. The developers propose a building with 107 units and a maximum of 20 indoor parking spots. There is no circular driveway in the plan for deliveries, pick-ups, drop-offs etc. There will be a huge increase in car and truck traffic on Drummond and surrounding streets, contrary to the city's objective of "sustainable urbanism".

Drummond is already a congested street. Presently, residents, their families, friends and other visitors have difficulty parking, including those who have purchased city parking permits. Furthermore, Drummond, between Sherbrooke and Dr. Penfield streets, constitutes a steep hill. Navigating this hill on foot or by bicycle is difficult and may be treacherous during winter months. This is a serious safety issue. The resulting increase in traffic, related noise and pollution, will present a further barrier to recreational walking and other physical activity, contrary to the city's mandate to protect and maximize the well-being of its citizens.

The proposed project will block the east and north views of green trees and the mountain for some residents on Drummond, Stanley and Dr. Penfield streets. Many of these residents chose their homes because of these existing views. While the proposed replacement building respects its permitted set-backs, its original footprint has been moved further to the front towards Drummond Street, thus partially blocking the views to the street from the balconies of many units of neighboring buildings. To make matters worse, the loss in space on the sides of the new footprint has been partially compensated by adding additional space at the front end of the new building, allowing floors 1 to 3 of the proposed new building to be protruding beyond the set-backs of the new advanced footprint and providing their owners/tenants with unabated views of Drummond street South, perhaps all the way down to Sherbrooke Street and beyond. The architectural justification for this space grab makes absolutely no sense. Its likely sole purpose is to produce valuable additional built-up area on three lower floors suspended on pillars close to the sidewalk of Drummond, equivalent in value per square feet to the highest floors of the new building. This is not some empty or in-fill plot that the owner has just purchased with the intention of erecting a brand new building. Any existing owner or tenant seeing from his/her balcony an empty plot or a low structure would have accepted the fact that a new building may be erected there at any point in time and taken the initial decision to move in or purchase on that basis. This is a case where all unit owners of floors 2 to 6 of 3455 Drummond with balconies on Drummond Street will have their sidewalk views partially impeded by windows and the ceiling of apartments in floors 1 -3 of the proposed new building. This is akin to an outright move of the footprint right up to the sidewalk of Drummond Street without any set-backs. Permitting demolition with such advantageous conditions for this proposed building sets a precedent and invites all building owners to follow suit, trespassing on their neighbors both in height and in width, resulting in a narrower and dimmer Drummond Street.

3.Impact on Residents and Quality of Life. The existing building, prior to the renoviction strategy, had a significant number of tenants consisting of families. If the proposed new building is accepted, there will likely be an increase in the turnover of residents on the street, given that the largest proposed unit will measure 83.6 square meters; the size of these relatively small units (regardless of the number of bedrooms contained therein) will not attract families to the downtown core on a permanent basis, contrary to the goal of Project Montreal.   Conversely, the proposed new building will undoubtedly attract a mainly transient, student population which has a lifestyle that is often incompatible with that of the long-standing current area family residents.

4. Architectural and Esthetics Considerations. We have seen the "mock up" of the proposed building, during the zoom meeting of May 2021 with the architects. Obviously, this is a very modern structure. The surrounding buildings, including the adjacent Italian Consulate, are older structures and reflect the mature ambience of the area. A new highrise, injected into this gentrified landscape, would be incongruous in appearance. The protrusion of the first three floors of the proposed replacement building will disfigure an entire section of Drummond Street from the perspective of someone walking up the street from Sherbrooke. The existing building well reflects the period in which it was built and is more visually pleasing, more in line with the brick color of the Consulate of Italy adjacent to it to the north, more in line with its sidewalk in terms of spacing, greenery and residential feel of the street, and more in line with the colours of the rest of the city, than its proposed replacement.

We believe in social justice and community equilibrium. We believe the rights of the many and the quality of life in a neighborhood should be of paramount importance. As residents and constituents of our elected officials, we look to you, our representatives, to safeguard our interests.

Now that the city administration has been made aware of the negative impact of this project on our environment and quality of life, we strongly urge the committee to reconsider this project.

At the very least, it is mandatory that a traffic impact study be done by an impartial 3rd party and that the developers propose alternate plans for a building that is no higher than 6 levels, respecting the exact boundaries of the existing footprint, and with adequate indoor parking for the units therein.

By signing, I authorize Norma Ishayek (3455 Drummond) & Larry Elman (3468 Drummond) to hand over the information I provide on this form to those who have power on this issue.