It seems that the powers that be in Los Alcazares have a very narrow minded view on entertainment in the area. They seem to dismiss the amount of money & jobs that the entertainment provided by bars & restaurants brings in to the area.

There also seems to be a discrepancy in how the local authorities in Los Alcazares, deal with complaints about music in bars & restaurants. You could think anyone who has been to venues in the area will have noticed that some bars are allowed to continue to play music at very strange hours of the day, at very loud volumes, both inside & outside, whilst others are told they can have no music at all. In one well known thoroughfare in Los Alcazares it seems that one establishment can have very loud music playing through speakers outside the venue, whilst neighbouring venues can have no live music inside at any time.

Indeed it seems that some of the local businesses are overlooked by this ruling. Advertising live music & entertainment on large billboards on a regular night throughout the year appears to be overlooked in certain venues, whilst stopped in others. Similarly it doesn't appear to matter how noisy your neighbours are if they are in their own home entertaining their family into the early hours of the morning.

Whatever the reason for stopping the live music in Los Alcazares is, it seems to be a local ruling or local bars. The other local towns around the Mar Menor do not seem to have the same problem with live music.

And you are not alone when you find it difficult to understand how bars & restaurants that have been supplying locals & visitors for many years, with both great food & entertainment can find themselves on the wrong end of a complaint from people that moved in to an area after the bar was built.

In the same way who can understand how a business that supplies local people jobs, wages, entertainment & the local economy much needed money, can be prevented from doing this by a few people who live in the area for maybe a few weeks out of the year.

If you are a lover of live music & entertainment please show your displeasure by signing this petition & trying to get the Los Alcazares Town Hall to change its views on live music in the area. 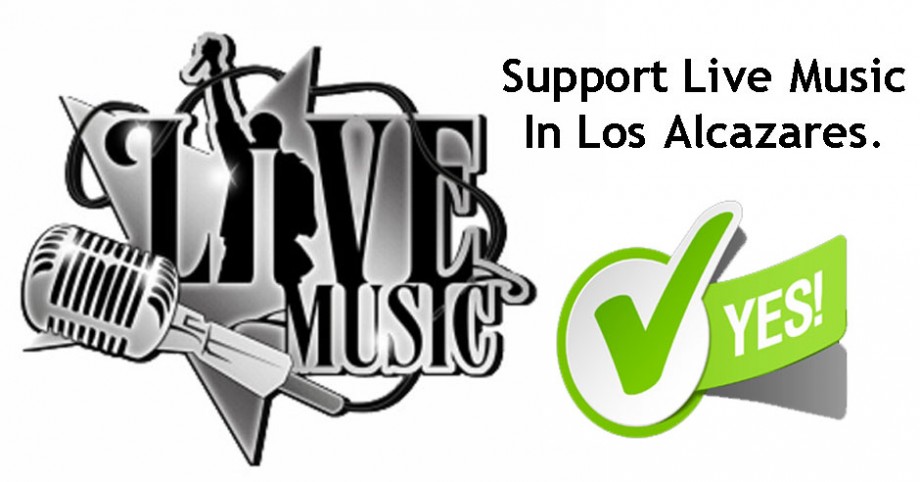