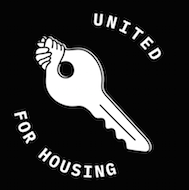 The coronavirus is taking the world by storm. We all feel uneasy, a sense of insecurity and nobody really knows what will happen in the coming weeks and months. But even though we do not really know what will happen in the time that lies ahead of us, governmental measures have already had an impact on many of our lives. Bars are being shut, restaurants are closing, all shops apart from supermarkets, pharmacies and those providing essential services are being shut down. This also means many people lost or will lose their jobs, albeit temporarily. Especially employees without a fixed contract will be hit hard by these measures - people working in retail, the cultural sector and gastronomy, self-employed shop owners, students working on hourly wages, and actually anybody who doesn’t have the privilege to work from home and still receives a decent wage will suffer financially.

But all of us renting an apartment are still asked to pay rent as usual. As you will all realize, this does not add up. Paying rent without having an income will turn the global health crisis we are all facing into a crisis that will affect our personal finances even more than it is doing already.

Unless we want the crisis to deepen even further, rents must be frozen or reduced substantially until we have collectively overcome these extraordinary times. Therefore, we ask

landlords worldwide to show solidarity with their tenants facing hardship and to cancel rent payments or reduce rents temporarily.

The Covid-19 crisis is a test for collective action and responsibility in societies worldwide.  The only way we can overcome these difficult times is by acting together and showing solidarity with our fellow humans.

By signing this open letter, both as a tenant or a landlord, you are making this problem more visible and are supporting tenants worldwide.

UNITED FOR HOUSING    Contact the author of the petition

By signing, I authorize UNITED FOR HOUSING to hand over my signature to those who have power on this issue.