We want to do sports legally, not unhealthy activities!

The TATAR DEMOCRATIC UNION since its establishment in 2008 has contributed to the promotion, conservation and practice of Kures sport in Romania and since 2014 it has participated in international events.     Many traditional sports and games are now codified as competitive sports, which preserve and express the values and cultural identity of their peoples; their worldwide dissemination is supported by the International Federations and the Ministry of Sports of their countries. Therefore, we consider that Romania is not inferior to our collaborating countries, and the Tatar ethnic group can add value to Romanian sport as a whole through the initiative and realization of our project: recognition of the Kures sport branch and the establishment of the Romanian Kures Federation (Kurash ). On 04.03. In 2021 We had the honour to present in the official meeting with Mr. Eduard Novak, Minister of Youth and Sports, the history and Olympic status of the race, on which occasion we received with great emotion the appreciation and support of his reign, primarily as a performance athlete and lover of as well as  a minister who promotes the development of sport at a competitive level. Following the answers of your institution that the Kures sports branch is not recognized at this moment and that we cannot set up a federation in this sense with the use of the "Romanian" name, we started the procedure of recognizing the Kures sports branch by submitting the application and the related file of the procedure on 10.03.2021 with no. registration 2951. Due to a technical error from your institution, we received an answer that the request could not be considered, that we had previously received an answer from MTS that we cannot set up the Romanian Kures Federation, an answer that was not the subject of our request regarding the recognition of the Kures sports branch, which is subject to the provisions of an independent procedure according to order no. 812 / 18.11.2014 published on the MTS website. Therefore, we returned with a new request to reanalyze our request according to the legal procedure for recognizing the sports branch on 11.05.2021, registered with no. 5710. Our proposals regarding the visions followed, which, unfortunately, did not meet the collaboration and fulfilment of the procedure from the Commission for analysis and verification of the applications for official recognition of a sports branch in Romania according to annex 1 of order no. 812 / 18.11.2014. We mention that the sport of Kures is an independent sport, having its own distinct regulations recognized as an Olympic sport by the Asian Olympic Council (OCASIA), a committee that is in turn recognized by the International Olympic Committee (IOC). Being a sport specific to the Turkish peoples, it was practiced and promoted in Romania by the Turkish-Tatar community, which managed through UDT to represent Romania at international competitions around the world: Kuresul at ilic (known as Aba Gűreş in Turkey), Kurash ( Uzbekistan), Kures (Kusak Kures- R. Crimea), Qazaq Kuresi (R. Kazakhstan), Koresh (R. Tartastan) and World Nomades Games (Kyrgyzstan) obtaining a valuable record for Romanian athletes and sports in Romania (2 medals bronze at World Championships; 4 silver and 6 bronze medals at World Cups; 2 gold, 5 silver and 7 bronze medals at European Championships; 15 gold, 25 silver and 36 bronze medals at International Championships). The Tatar Democratic Union has published 8 books about kures that provide the public with comprehensive technical information and details and has supported the technical training of referees and coaches by participating in courses and internships organized by world-renowned international institutions in the world of kures. UDT has been organizing national competitions since its establishment in 2008 and international tournaments since 2017. Also, on September 10-13, 2021, UDT organized the first World Cup Kures  in Romania with the participation of 36 countries worldwide through the "Grand Prix of Kures" in honour of the President of Uzbekistan, "Belt Wrestling Koresh World Cup 2021" and "Qazaq Kuresi World Cup 2021", as well as the first world congress that brought together several styles of Kures- "First World Bellash Congress" at the initiative of President NAIM BELGIN. On this occasion, the Charter and Rules for the Bellash World Association (BWA) was established and approved and Romania was unanimously voted a member of the BWA Executive Committee, a historic and special moment for the future of Kures in Romania with the possibility of establishing an international sports federation to be based in our country. UDT, through the representation of Mr. President NAIM BELGIN, at this moment, is the only one accredited and recommended by the international kures organizations for the practice and establishment of the Romanian Kures Federation. Sport has always been and still is a fundamental means of communication, integration, social inclusion. From ancient times it has favored intercultural exchange between countries of different traditions, culture, language, religions, which in sports and sports games have found a common ground of understanding, exchange of interests if the acceptance of common rules exceeds the differences. Today's sport is universally recognized as a social and educational value whose merits range from facilitating communication between countries of different origins, promoting integration and inclusion between peoples, the ability to develop and strengthen the character of people who practice physical activity, to produces positive and creative energies, to take care of their psycho-physical well-being, to grow countries' economies by creating job opportunities and a new entrepreneurial market. Sport has always been a phenomenon of great importance, which manages to embrace both the sporting and socio-cultural dimension: thus, it makes it possible to promote values such as fair play, solidarity, unity, team spirit, acceptance of differences, equality and sportsmanship, promoting transnational dialogue and collaboration, etc. In this way we request the fulfillment of the procedure regarding the recognition of the kures sport branch and the consideration of our request as it was formulated. At the same time, we started the campaign to support kures sports in Romania by promoting both athletes and personalities from the political, diplomatic, social, cultural environment, who make a considerable contribution in promoting and practicing sports both nationally and internationally, the way that brings considerable benefits to sports in Romania.

We want to do sports legally, not unhealthy activities! 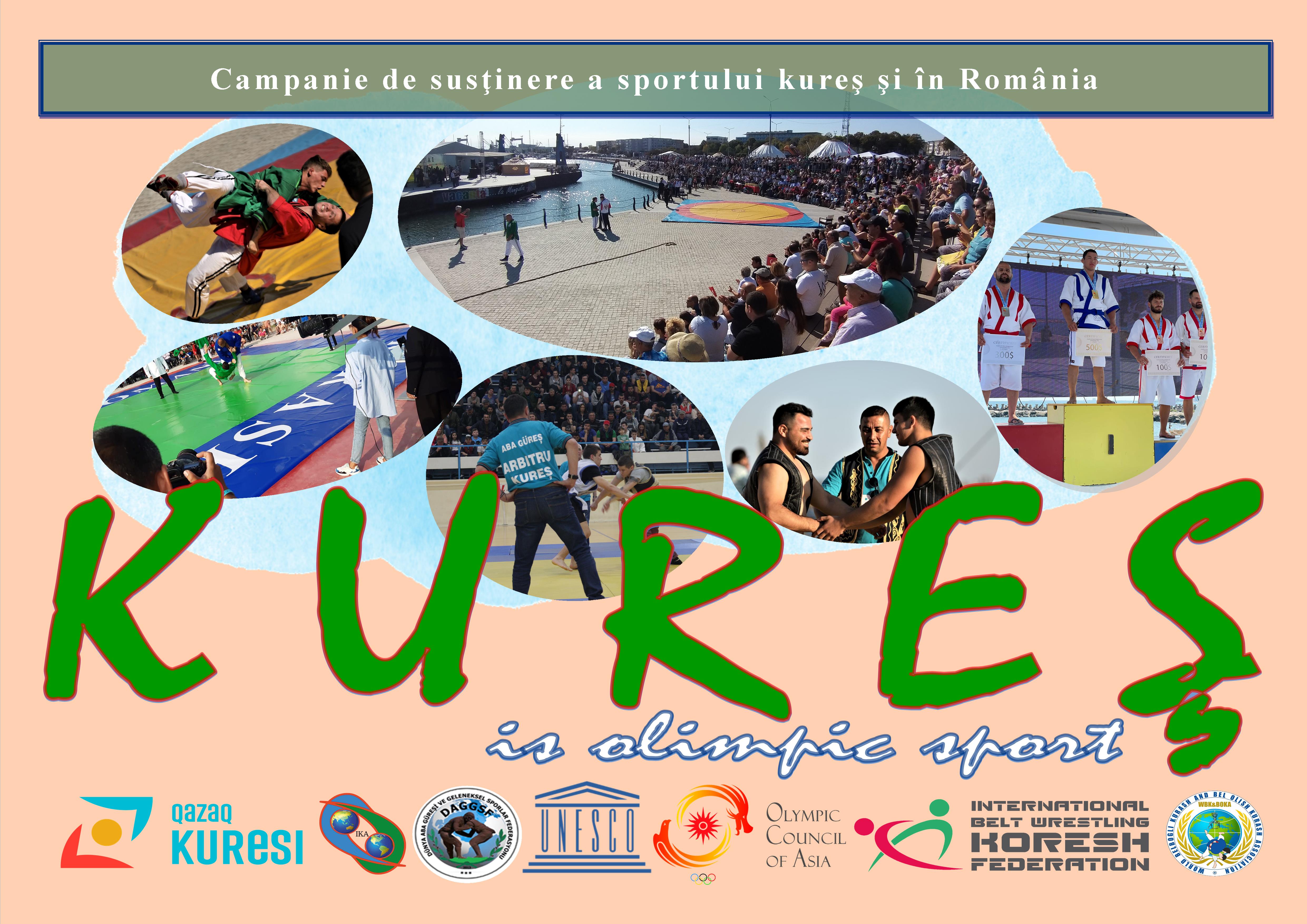 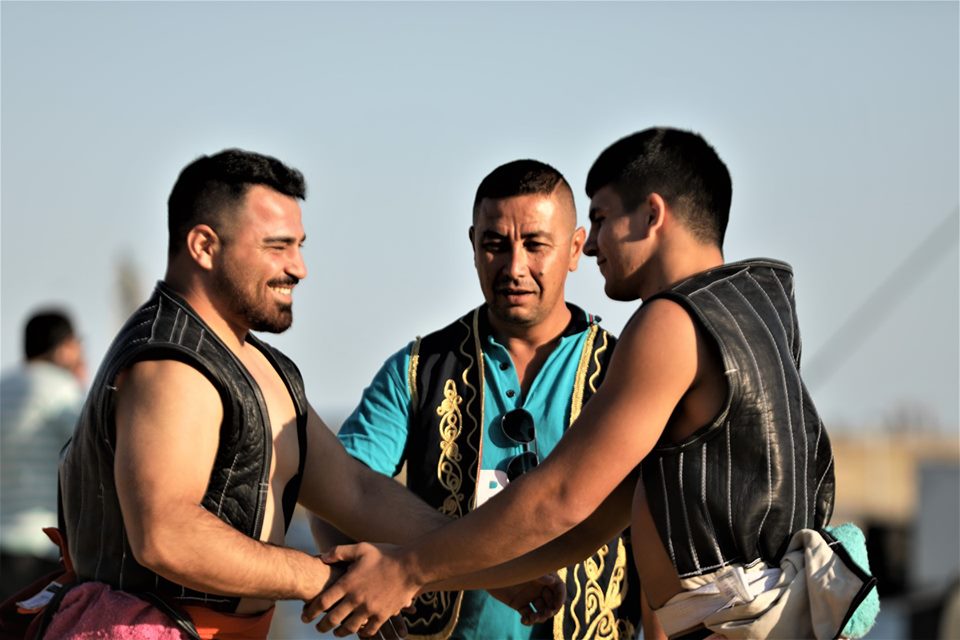 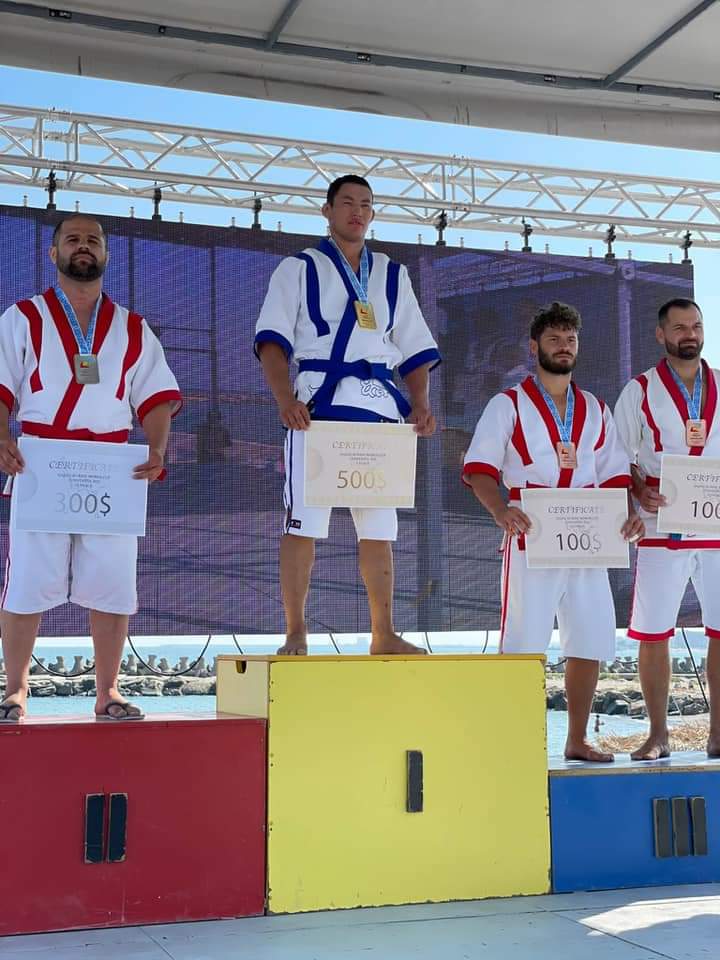 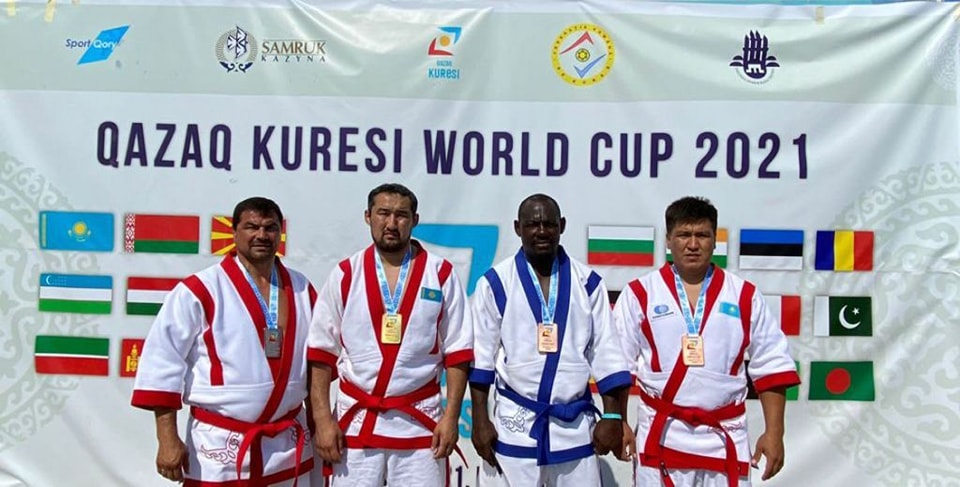 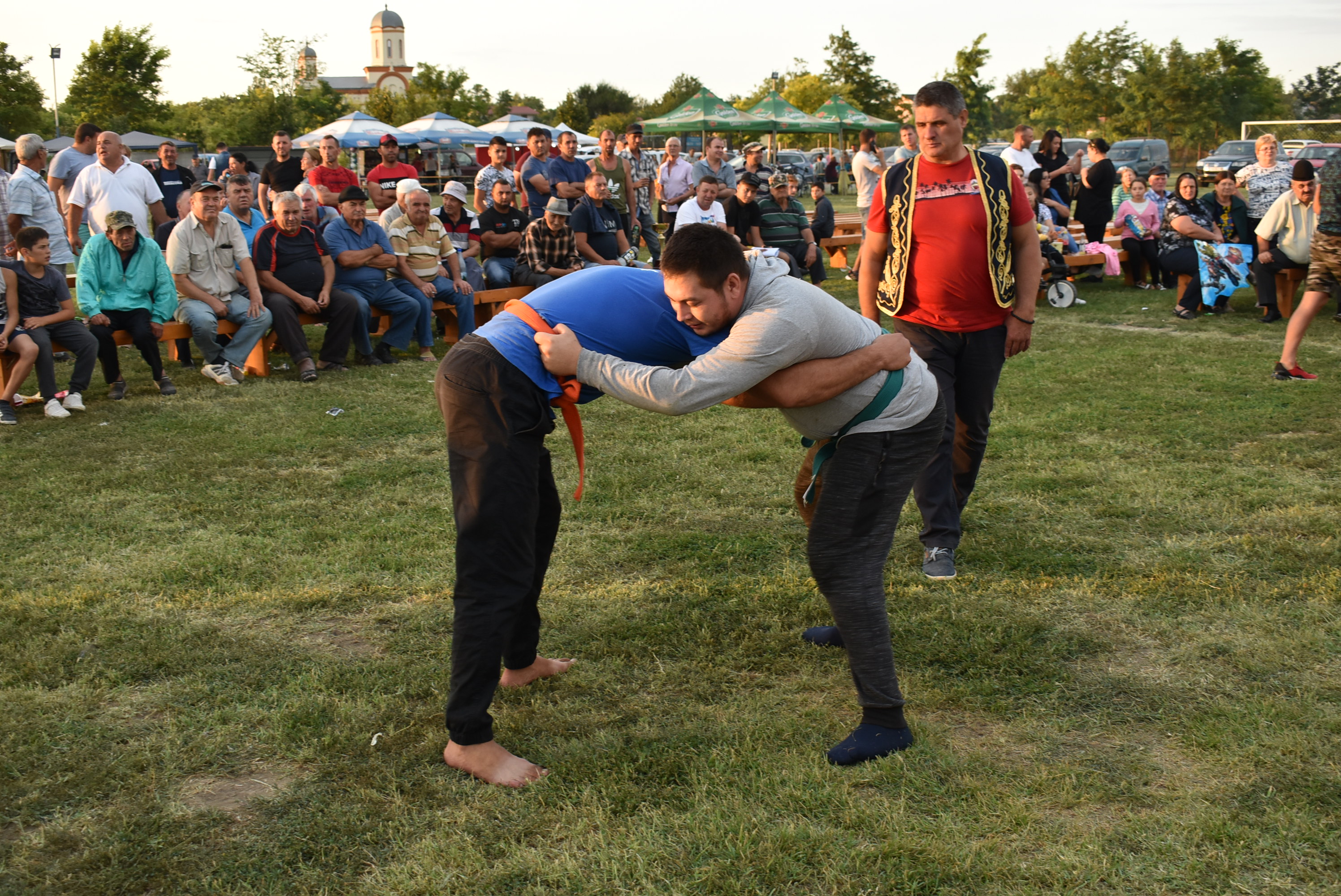 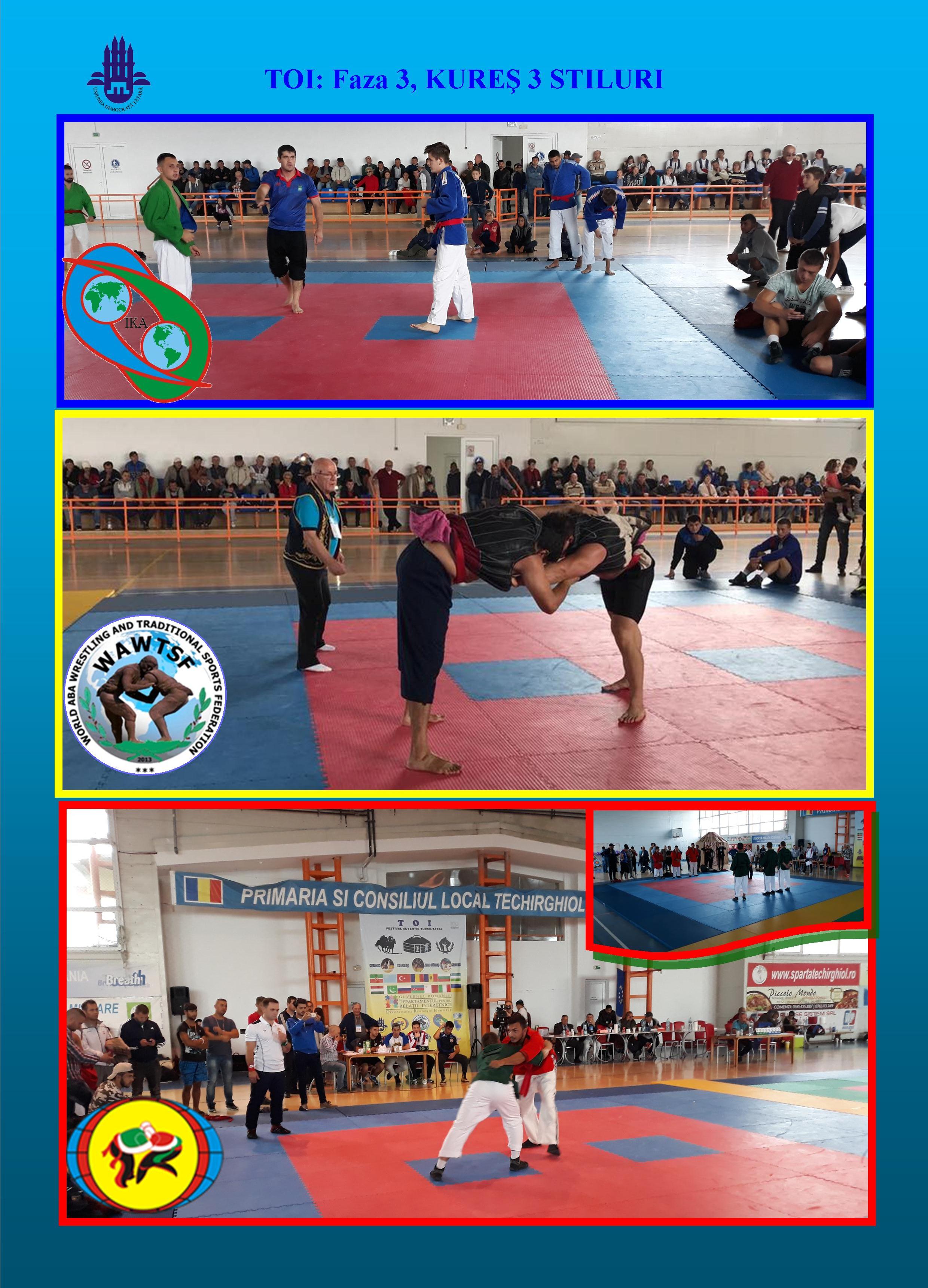 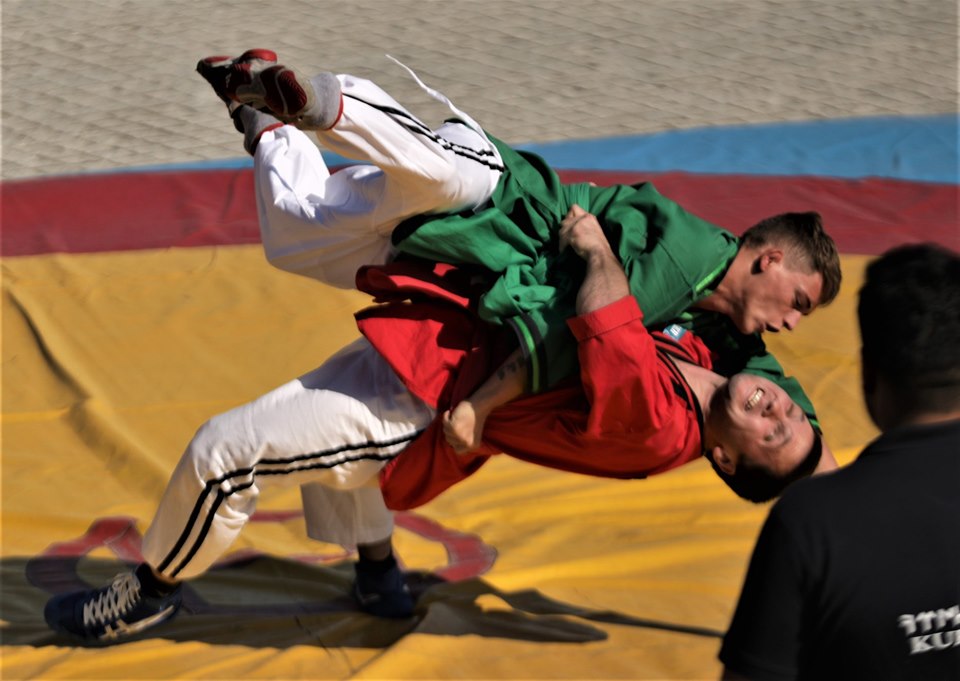 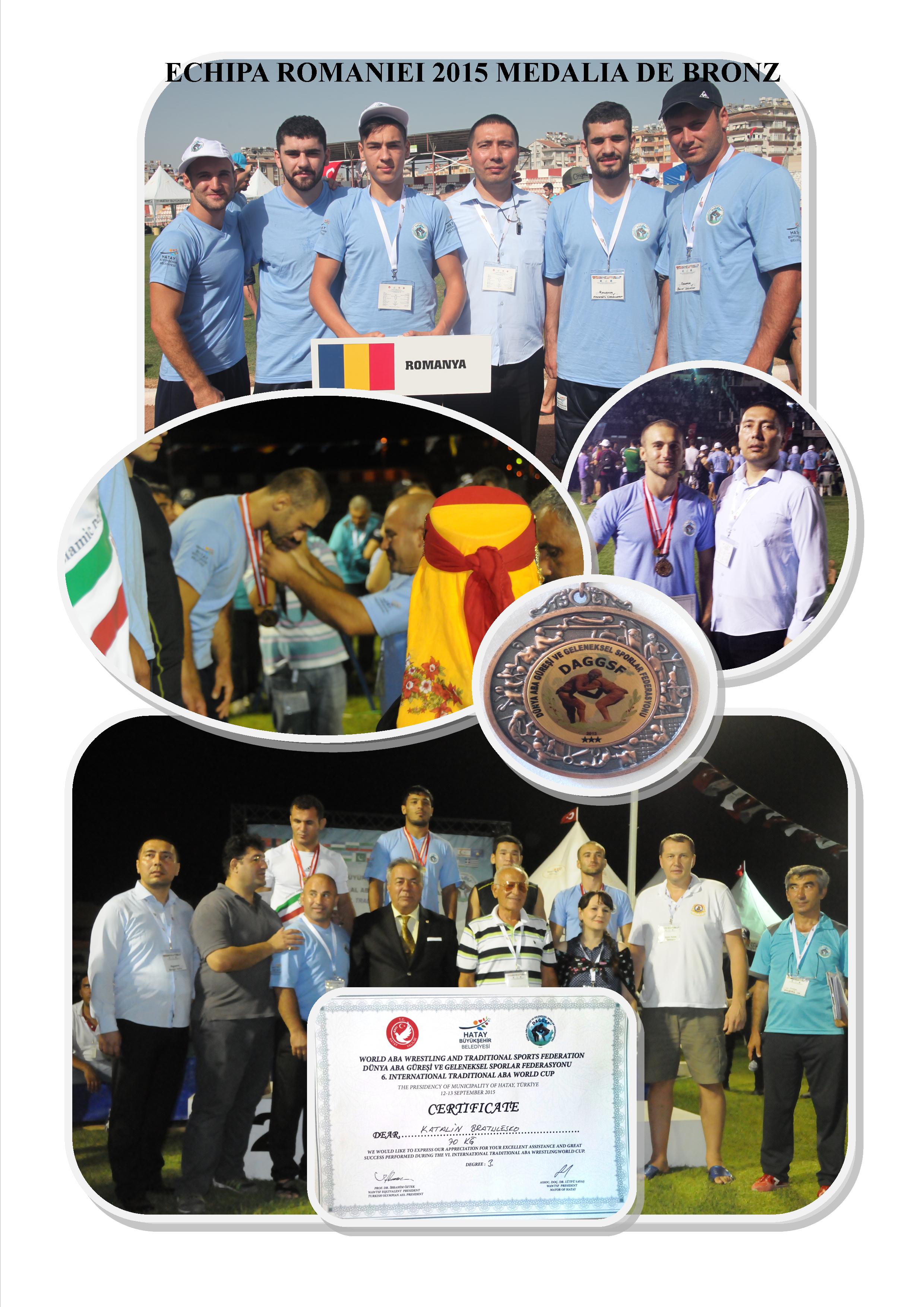 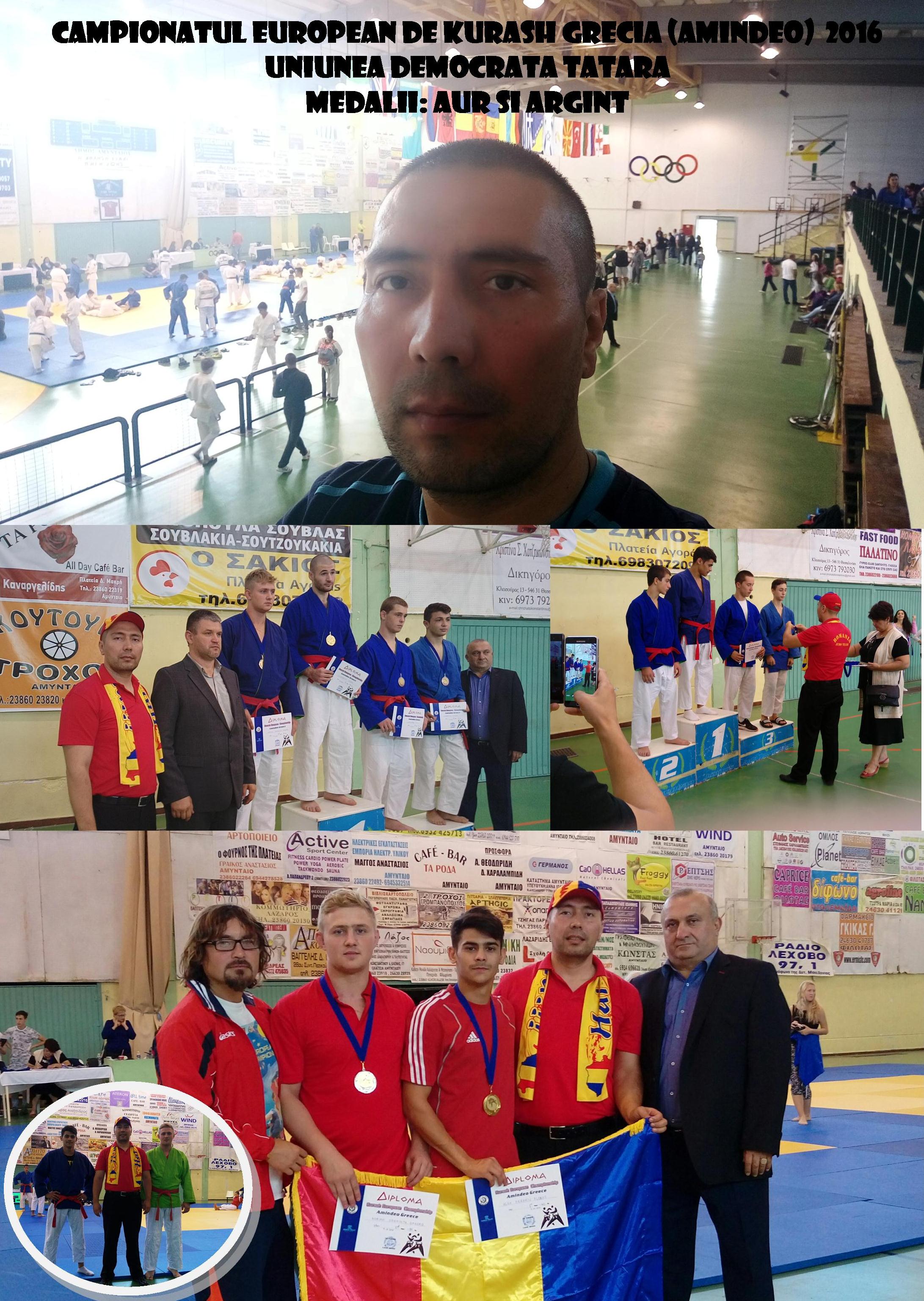 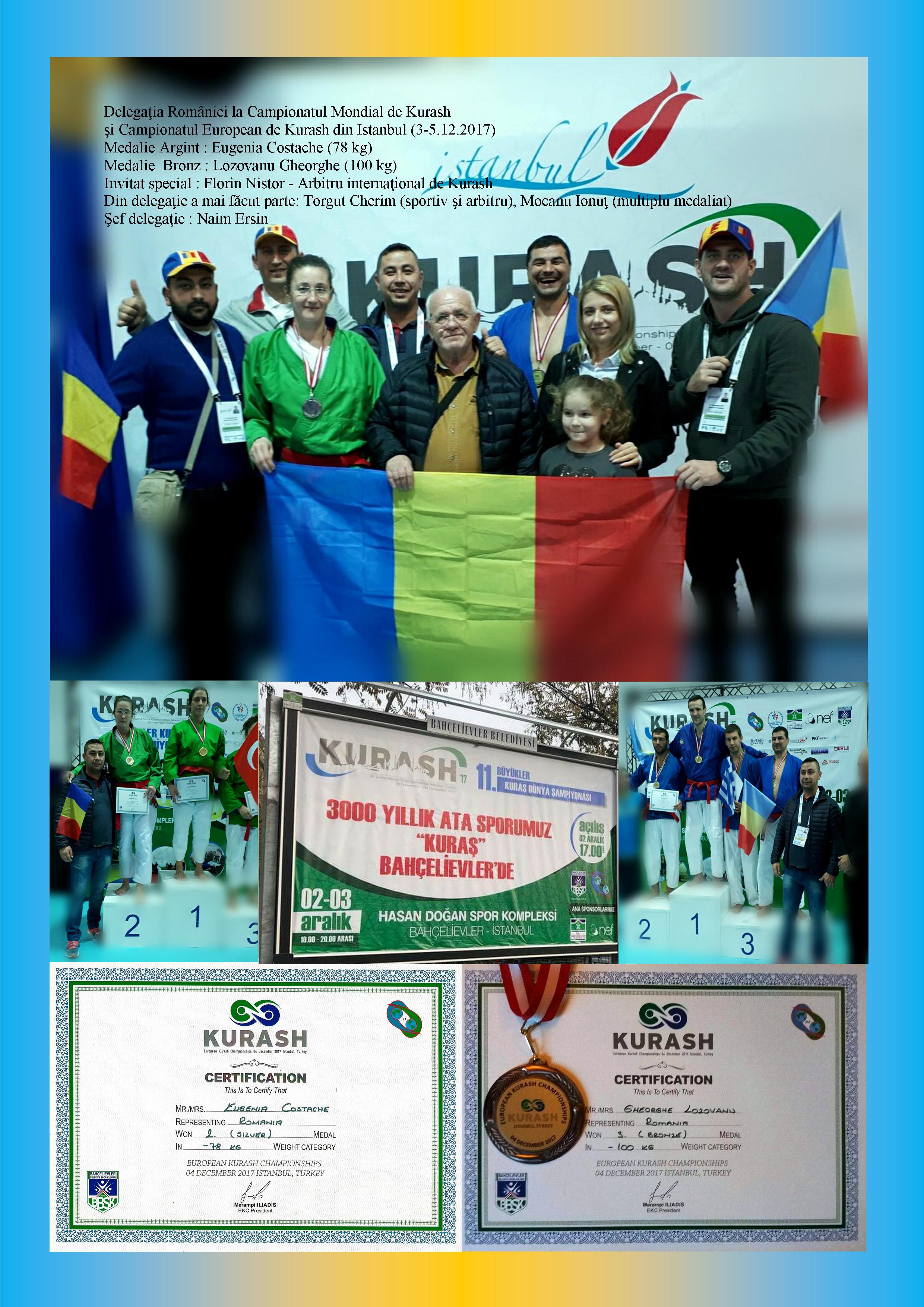 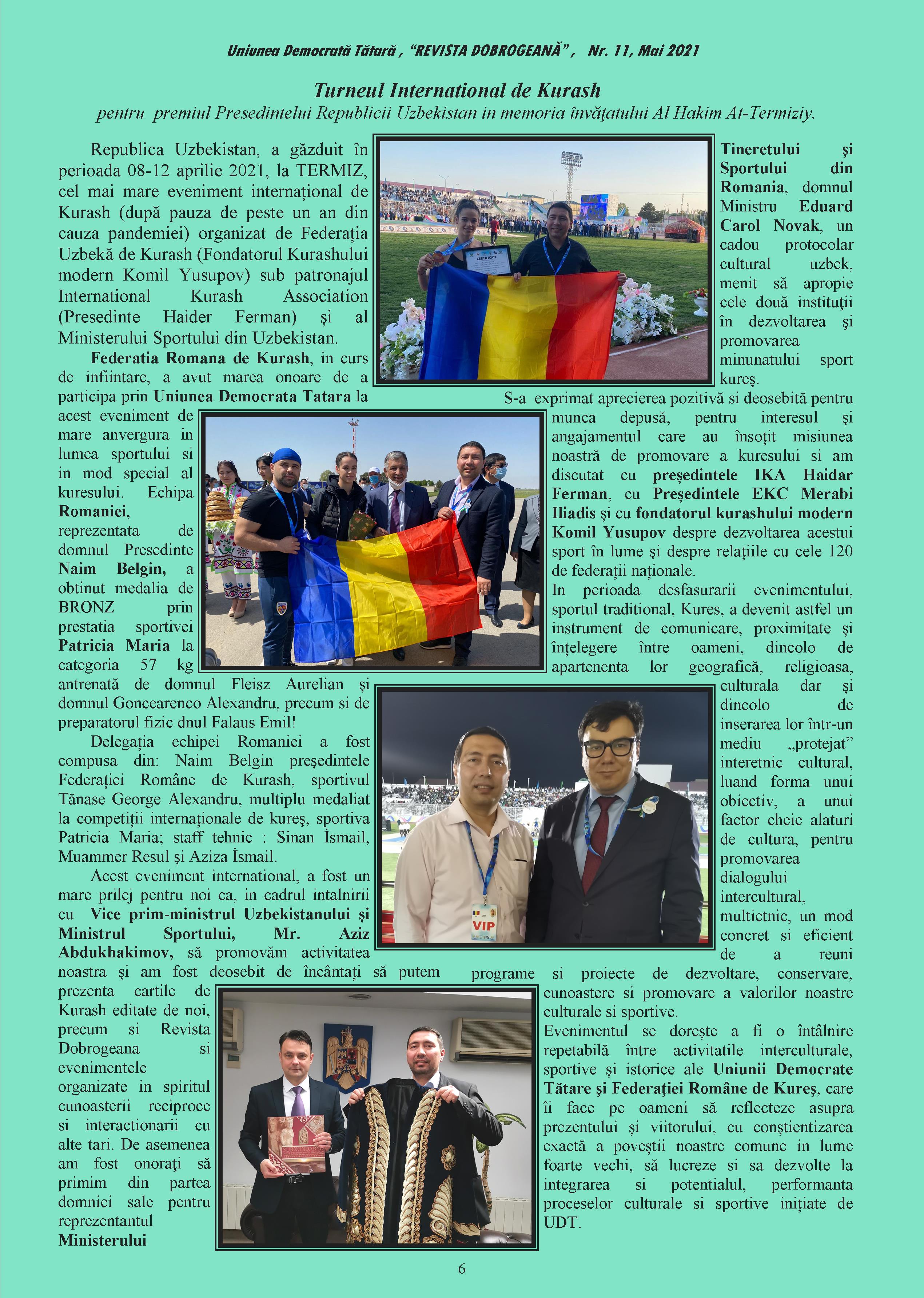 Uniunea Democrata Tatara    Contact the author of the petition

By signing, I authorize Uniunea Democrata Tatara to hand over the information I provide on this form to those who have power on this issue.