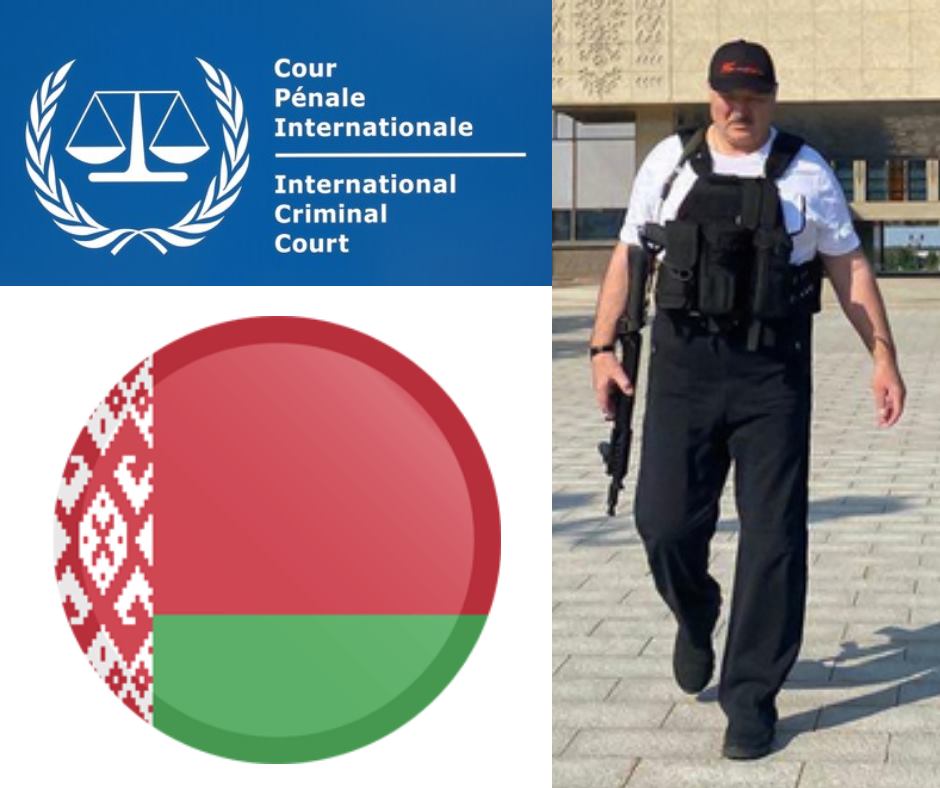 We, Belarusians of the World and friends of Belarusian People, would like to draw the attention of the International Criminal Court to the multiple crimes against humanity, recently committed by self-proclaimed “president” of the Republic of Belarus Alexander Lukashenko, his state officials, and the members of his law enforcement bodies. We are asking you to respond to the disturbing and tragic events in Belarus, to protect the lives and civil liberties of Belarusians.
On August 9th, 2020, the Republic of Belarus held Presidential elections which became one the of dirtiest, ballot rigged elections in Belarusian history. The ensued nationwide peaceful protests are being brutally suppressed by the authorities. Alexander Lukashenko proclaimed himself a winner of the elections, claiming the unrealistic result of more than 80%. Alexander Lukashenko who has been in power since 1994 (26 years) claimed victory through election fraud, while his main opponent, Svetlana Tikhanovskaya, is widely believed to have won by a large margin.
Hundreds of thousands of people have gathered for peaceful protests all across the country from large cities to the smallest villages. In response, the Lukashenko government unleashed armed forces, military, OMON, and police and ordered to brutally suppress the protests:
- Lukashenko authorized the use of rubber bullets, tear gas, water cannons, stun and flash grenades in a violent, bloody crackdown to suppress and silence the peaceful unarmed protesters calling for a free democratic election.
- Journalists and press have been specifically targeted and to further silence the people the internet has been largely shut down across the country during the first four days following the election, combined with limited cellular service.
- On the streets: countless accounts of violent beatings, injuries, and unlawful detainment of over 10,000 Belarusians, some still in prison, - all civilian unarmed peaceful protesters.
- In detention centers: violent beatings, torture, rape, denial of medical care to severely injured, denial of medication to people with diabetes, asthma, and other serious medical conditions.
- As of Sept 1st, 2020, six people confirmed dead as a result of the brutal use of force by Belarusian law enforcement agencies.:
- Alexander Tarajkovski (34, Minsk) - shot by government special forces, while walking the street alone unarmed with hands up in the air.
- Alexander Vihor (25, Gomel),
-  Gennadi Shutov (43, Brest),
-  Konstantin Shyshmakov (29, Volkovysk),
-  Nikita Krivtsov (28, Minsk),
- Aliaksandr Budnitski (53, Minsk)
- As of Sept 1st, 2020, over 100 people, arrested for participation or protests, are missing, while hundreds are still being detained in jails without trial.
We, Belarusians of the World and friends of Belarusian People, declare that Alexander Lukashenko ordered the mass suppression of peaceful protests and the use of brutal police force against the citizens of Belarus. We further declare that Lukashenko and his regime is guilty of crimes against humanity as he personally authorized the atrocities that took place on the streets of Belarus, in jails and detention centers following the day of the elections.
At the time before the election campaign and to this day, Alexander Lukashenko has repeatedly and openly stated to his political opponents and the entire population of the country that he is ready to use weapons against unarmed citizens. He and his regime are a threat to the lives of hundreds and thousands of innocent people.
WE CALL:
1. to initiate a criminal investigation against former President of Belarus, Alexander Lukashenko in the International Criminal Court for crimes against humanity.
We encourage the International Criminal Court to show that it remains committed to its participation in a global fight to end the impunity with concrete action.
Please refer to the Video Summary of the Belarusian elections and the events of the first week following the elections:
What’s Up With Belarus?: https://youtu.be/lAXq9g-a0FU
“There was no torture... They said.”: https://youtu.be/aFHbQTbMbLA
This Appeal is initiated by the Belarusian Canadian Alliance and Vasilki Initiative of Belarusians.

By signing, I authorize Belarusian Canadian Alliance and Vasilki Initiative of Belarusians to hand over the information I provide on this form to those who have power on this issue.