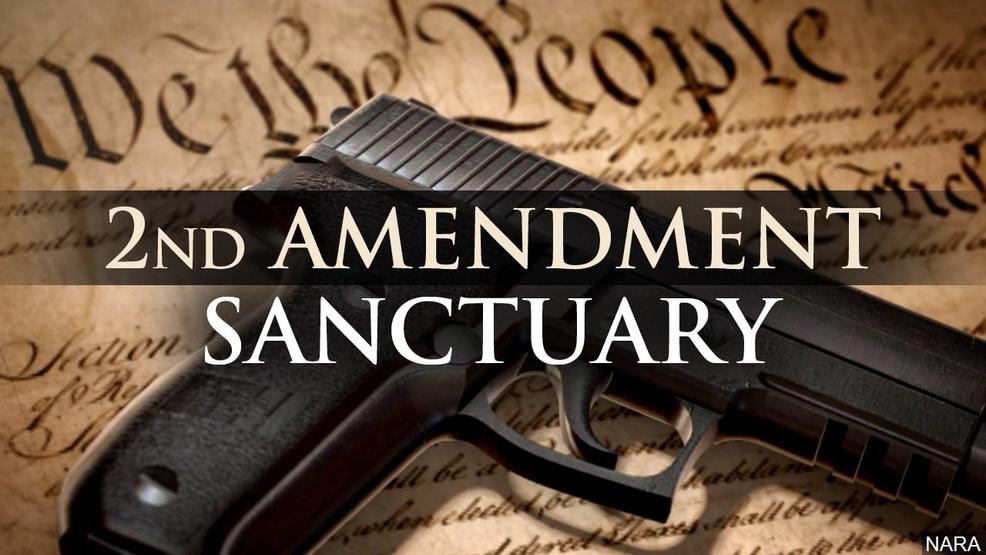 No People on Earth have been given such a political inheritance as the United States of America.  From the Declaration of Independence to the Bill of Rights, the Endowment of our Creator has been guaranteed by law across our land.  As time has passed it appears necessary to reiterate and support the sacred Declarations of our Founders.

The debate of firearm possession by right and self-defense has grown throughout the Nation.  It is our desire to cement our Natural Rights of private gun ownership.  We believe such clarity will be helpful to enjoy continued protection provided by the Bill of Rights.  Many municipalities throughout the state have adopted similar Proclamations to secure the Rights of their citizens.

Please consider the Proclamation below.  It shall be presented and submitted to the Madison County Commissioners on January 25 at 10:45 AM to join many other municipalities and proclaim our county as a 2nd Amendment Sanctuary County.

Example Resolution (may slightly change but meaning and tenor will not):

A RESOLUTION DECLARING THE COUNTY OF MADISON COUNTY, IDAHO TO BE A SECOND AMENDMENT SANCTUARY COUNTY.

WHEREAS, the Right of the People to Keep and Bear Arms is necessary for a free state and is guaranteed as an Individual Right secured in law by the Second Amendment to the United States Constitution and under the Constitution of the State of Idaho, Article 1, section 11, and;

WHEREAS, the Right of the People to Keep and Bear Arms for defense of Life, Liberty, and Property is regarded as an Unalienable Right by the People of the Madison County, Idaho, and;

WHEREAS, the Supreme law of the land and the citizens of Madison County are opposed to any effort or regulation to require a firearms owners ID card or tax the possession of the firearms or ammunition or require registration or some variation of confiscation of said arms, within Madison County, Idaho;

NOW, THEREFORE, IT IS HEREBY RESOLVED Madison County does hereby oppose the enactment of any legislation that would infringe upon the rights of the People to keep and bear arms and to stand their ground in defense of life and property and consider such laws to be unconstitutional and beyond lawful legislative authority;

BE IT FURTHER RESOLVED the Madison County, Idaho affirm support of the Madison County Sherriff’s Department specifically to exercise sound discretion to not enforce against any citizen of the county any unconstitutional laws;

BE IT FURTHER RESOLVED that the Madison County will not appropriate any funds or use of property for any enforcement of unconstitutional laws against the People of Madison County, Idaho.

BE IT FURTHER RESOVED that Madison County is now a Second Amendment Sanctuary County affirming to its citizens in the exercise of their Rights of gun ownership as guaranteed by state and federal law.

By signing, I authorize Madison County for Sanctuary of Second Amendment to hand over my signature to those who have power on this issue.